Kang is leading South Korea's delegation to the funeral to be held at the Washington National Cathedral in the U.S. capital Wednesday.

The delegation will also include Seoul's Ambassador to the U.S. Cho Yoon-je and Ryu Jin, chairman & CEO of Poongsan Group, a South Korean conglomerate, according to Noh Kyu-duk, spokesman for the Ministry of Foreign Affairs. 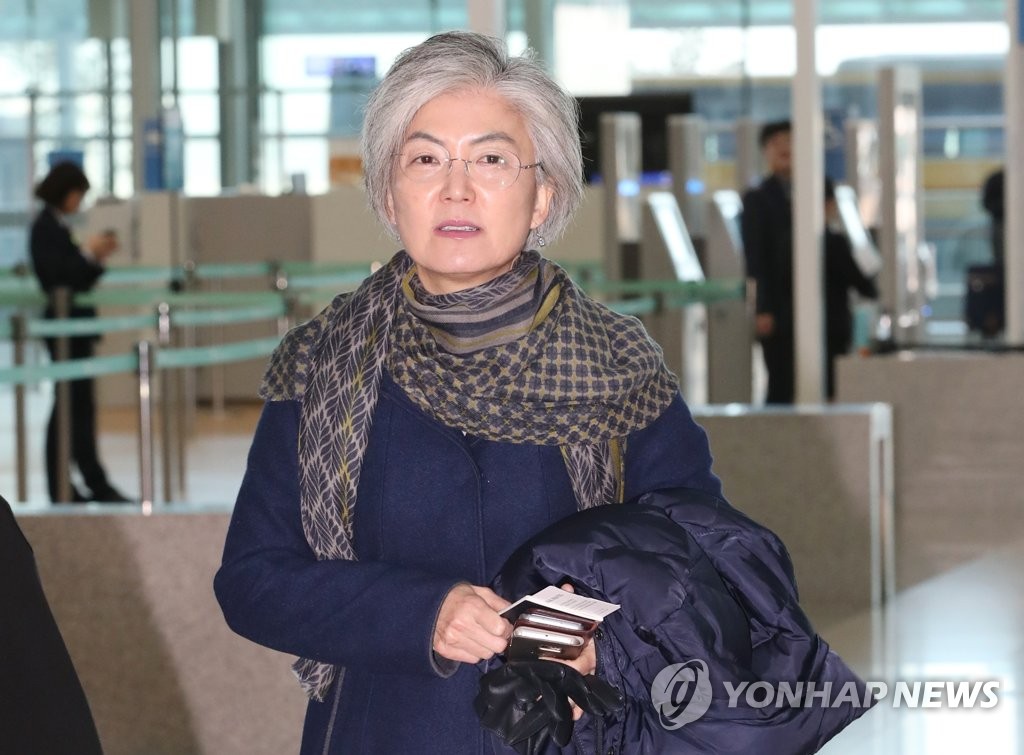 On the possibility of Kang having meetings with U.S. officials during her Washington visit, Noh said at a press briefing that there will likely be some opportunities as U.S. dignitaries plan to attend the funeral.

An informed source said that the minister is pushing for talks with Secretary of State Mike Pompeo, who is also expected to be present at the funeral.

Bush died Friday at the age of 94.