"After decades of us telling you Hyundais have less personality than call center hold music, the South Koreans have pulled it off. Hyundai now boasts an arsenal of cars to make established conglomerates jealous. An underdog that wins best in show? Humble Hyundai has come a long way," Top Gear said. 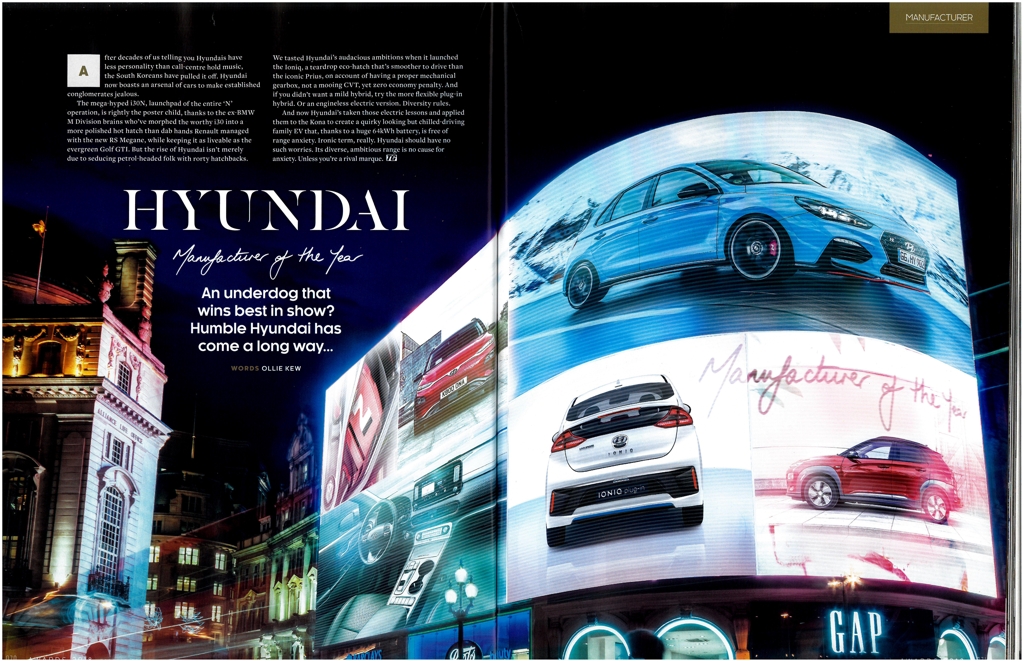