"A meticulous review of the rulings is under way. We are trying to pool wisdom and craft the best possible method," the official said. "Some time is needed."

In November, the Supreme Court ordered Mitsubishi Heavy Industries, Ltd. to compensate 10 Koreans who worked at its shipyard and other production facilities in Hiroshima and Nagoya in 1944 with no pay and a bereaved family member of another on two separate suits.

The court upheld two appellate court judgments -- one that ordered Mitsubishi to disburse 100-120 million won (US$89,000-109,000) each to four female victims and the family member, and the other that ordered it to pay 80 million won each to six elderly men. 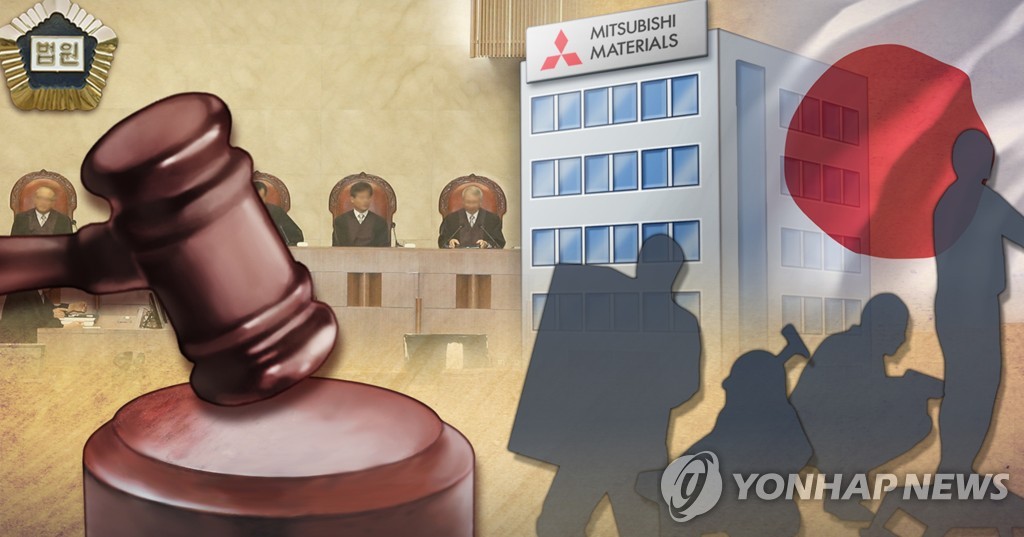 The South Korean government immediately said that it respects the court decision and that it would reset its policy on the matter.

Japan, however, has fiercely protested the rulings, saying they run counter to the 1965 state-to-state pact on settling reparation issues, connected with Japan's 1910-45 colonization of Korea, and normalizing bilateral diplomatic ties.

Tokyo's top diplomat, Taro Kono, warned that his government will seek countermeasures unless Seoul addresses the issue. He did not elaborate.

"We can't contain our disappointment (over such remarks)," the official said. "Our government will take countermeasures as well if necessary."

What's more important is for Japan to stop seeking to evade legal and moral responsibilities for its past atrocities and handle the problem with a sincere attitude, the official added.