SEOUL, Dec. 4 (Yonhap) -- Rival parties continued to bicker over the government's 2019 budget proposal on Tuesday as they have yet to agree on the schedule for a plenary session for its passage.

The ruling Democratic Party (DP) called in a plenary session Monday to consider voting on the government's 470.5 trillion-won (US$423.6 billion) budget bill in its original form despite opposition objection. A legal deadline for its passage passed Sunday.

The session was adjourned after opening as rival parties' revised budget proposal will be put up for vote later.

Major bones of contention in the original budget bill are an expected 4 trillion-won shortfall in tax revenue and the budget set aside for inter-Korean projects and job creation.

The floor leaders of the ruling Democratic Party (DP) and two opposition parties held a meeting earlier in the day to discuss the issue.

The conservative opposition parties took issue with 1.1 trillion won set aside for inter-Korean projects and a record 23.5 trillion won for job creation.

They claimed that the government seeks to support inter-Korean projects though there is little progress on North Korea's denuclearization. It also said that the South tries to spend massive taxpayer money creating jobs to conceal its policy lapses.

The expected tax revenue shortfall is one of the hotly debated issues.

The opposition parties called on the government to devise ways to fill the shortfall, while urging the state to set up its own plan to cut fiscal spending. 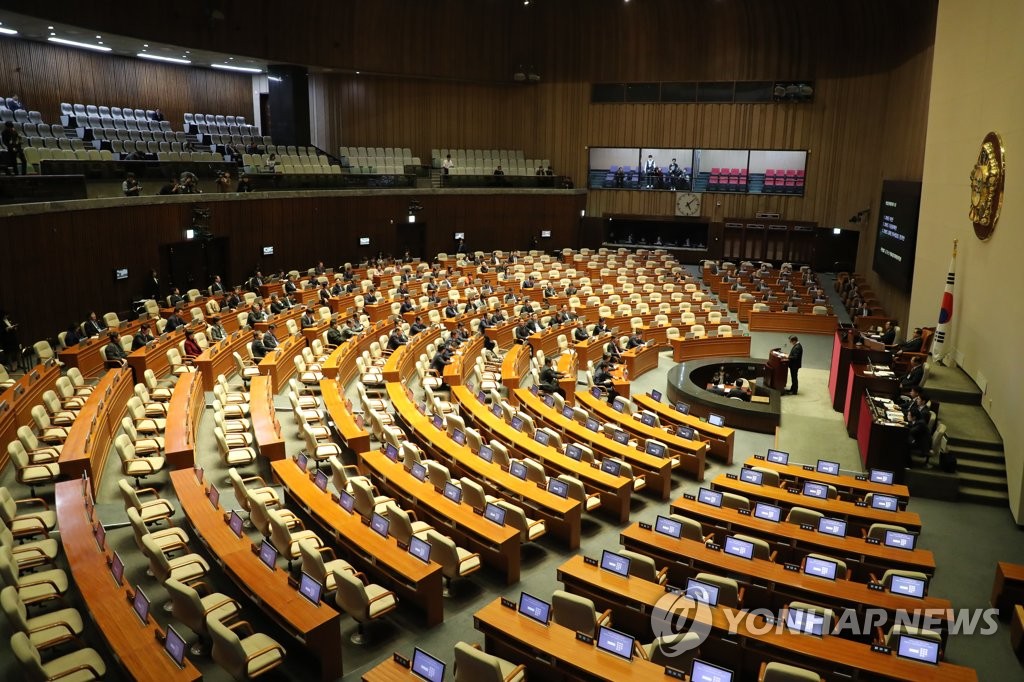