SEOUL, Dec. 4 (Yonhap) -- Samsung Electronics Co. said Tuesday it has extended its partnership with the International Olympic Committee (IOC) by eight years to 2028.

Under the current contract, Samsung Electronics is scheduled to sponsor the global sports event up till the 2020 Tokyo Summer Olympics, the company said in a statement.

The location of the 2026 Olympic Games has yet to be decided.

"As a Worldwide Olympic Partner for the last 22 years, Samsung has been inspired by the spirit of hope, friendship and unity," Samsung Electronics CEO Koh Dong-jin, who heads the mobile business, said in a statement.

"Together, we are able to connect with and inspire Olympic athletes and fans around the world, and we look forward to working with Samsung to build the digital future of the Olympic Games," Bach said.

Industry watchers said Samsung Electronics' decision apparently came amid a rising call from South Korean politicians who claim that the company should remain as the sponsor, especially as Seoul and Pyongyang recently agreed to put together a joint bid for the 2032 Summer Olympics.

Although Samsung's latest contract only covers games through 2028, the company is likely to seek another extension if the two Koreas successfully win the bid for the 2032 event, pundits said.

"It might have been burdensome for Samsung Electronics to suspend its sponsorship when politicians and society are demanding that the company should make contributions to peace on the Korean Peninsula through the joint hosting of (the 2032) Summer Olympics," an industry watcher said.

Samsung earlier decided to end its sponsorship apparently due to the rising financial burden, with the IOC demanding higher contributions from its sponsors. 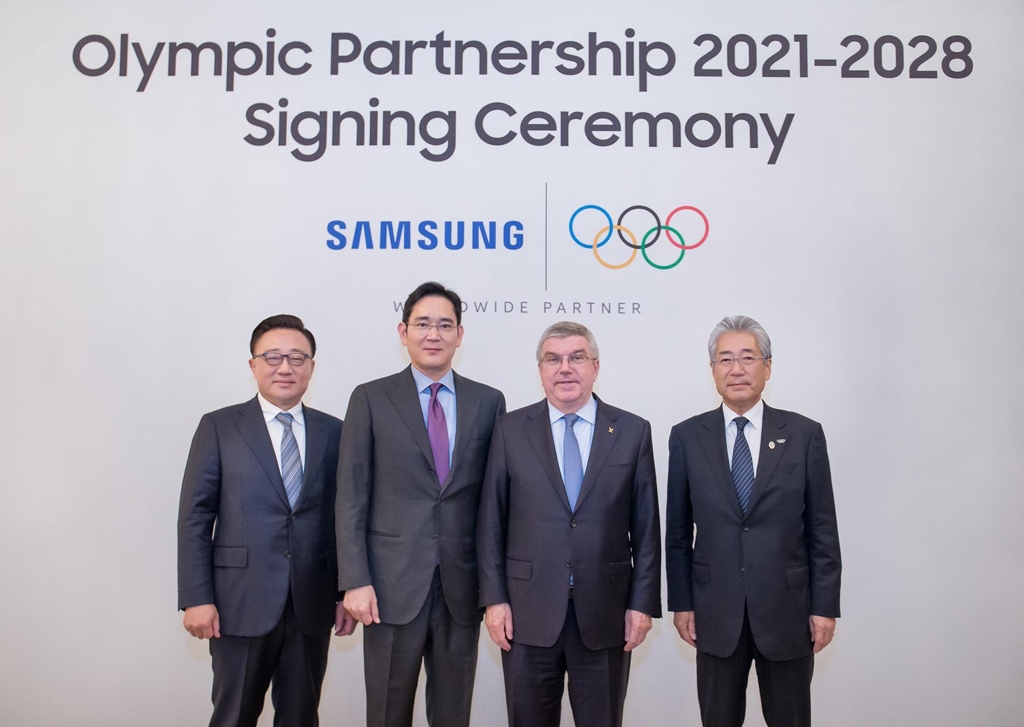