The girl group's single release "Wake Me Up" also topped the yearly Japanese Tower Records chart for "top 10 K-pop singles," while another Twice single, "Candy Pop," ranked second on the same chart, according to JYP.

The solid chart results are the latest testament to the reigning popularity of TWICE, who will appear on Japanese broadcaster NHK's "Red and White Song Festival" on Dec. 31, the K-pop band's second consecutive appearance on the popular annual TV show.

In South Korea, the girl band is set to release their special album "The Best Thing I Ever Did" on Dec. 12 before launching a Japanese tour in March next year. 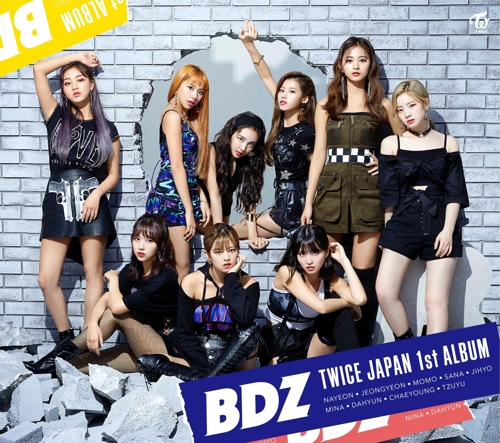