SEOUL, Dec. 4 (Yonhap) -- Ecumenical Patriarch Bartholomew I of the Orthodox Church expressed support over South Korea's efforts to seek reconciliation with Pyongyang on Tuesday, stating that the church will continue to pray for peace between the two Koreas.

During the meeting with reporters in Seoul, the patriarch said the church prays for the separated families from the two Koreas as well, cheering the meeting of U.S. President Donald Trump and North Korean leader Kim Jong-un in June as the event was a milestone for peace.

The two countries technically remain at war as the 195-53 Korean War ended with an armistice, not a peace treaty.

The patriarch also said President Moon Jae-in is making various moves for the reconciliation of the two Koreas and that he will pray for such efforts so that unification can take place within his term.

It marked the fourth time for the Archbishop of Constantinople to visit South Korea. He is considered the leader of the Orthodox Church, which has around 300 million followers.

Bartholomew plans to visit the presidential office on Friday and to visit the demilitarized zone of the two Koreas on Saturday before his departure.

The patriarch said he plans to express support for Seoul's efforts to build peace on the Korean peninsula during his meeting with Moon.

He also questioned people protesting against peace between the two Koreas, arguing that political and economic interests cannot be prioritized over the love of separated families.

Bartholomew, meanwhile, reiterated his support for the independence of the Ukrainian Orthodox Church from Moscow, claiming the decision was made under his authority.

The patriarch said the number of followers in Poland, the Czech Republic and Slovakia are fewer than in Ukraine but that they still have independent churches, stating that it is unreasonable to ban Ukraine from having its own as well. 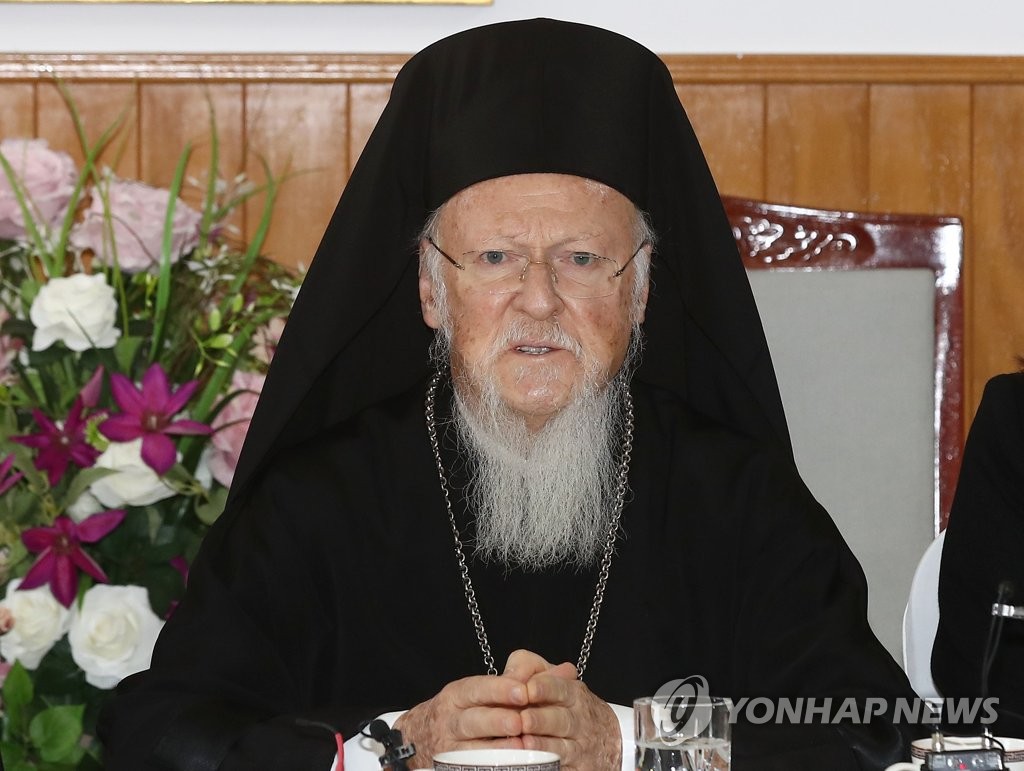