According to the firefighters, one person died apparently from the accident in which a hot water pipe blew open and emitted hot water.

Investigators found one body inside a vehicle at the scene of the accident.

Around 20 pedestrians nearby were also carried to hospitals after getting burned by the accident. Two of them are in severe condition, they added.

The cause of the accident has not been identified. 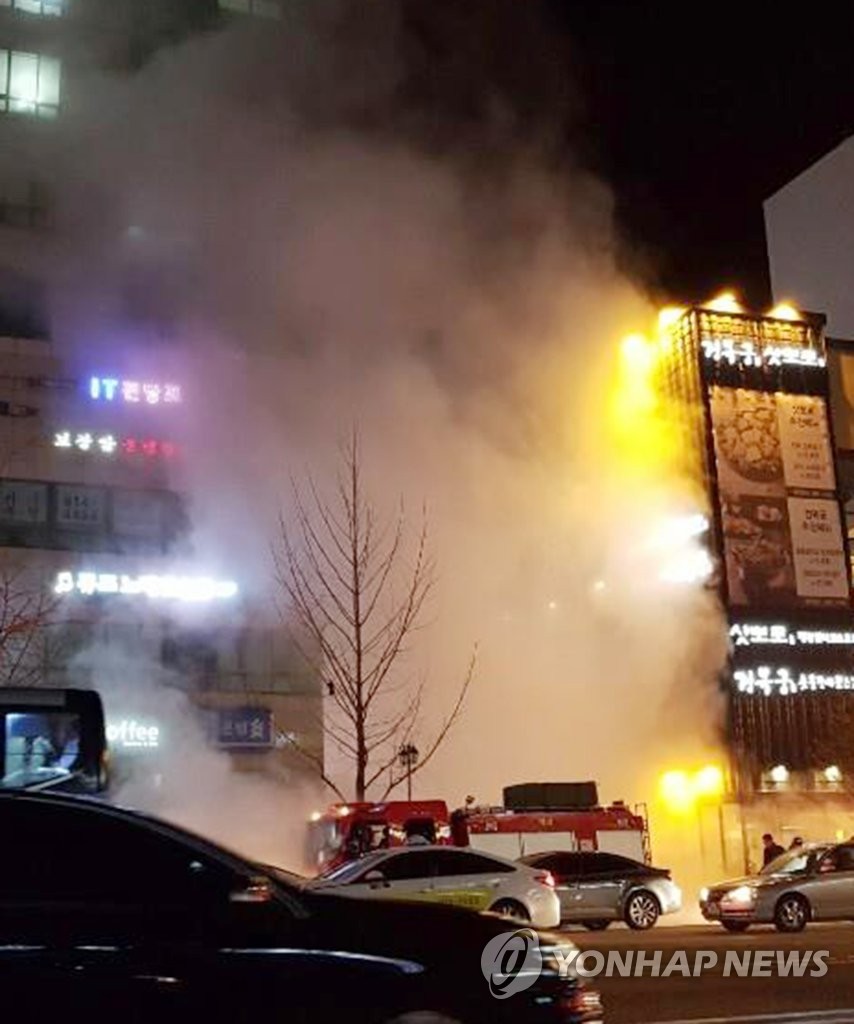