Figures provided by the Korea Economic Research Institute, affiliated with the Federation of Korean Industries, put the proportion for South Korea at minus 1.9 percent in 2016, ranking it the fifth highest among 32 member states of the Organization for Economic Cooperation and Development (OECD).

The institute derived the proportion by subtracting overseas expenditures by South Koreans from foreigners' spending in South Korea and measured the sum's ratio against household spending. Higher numbers in the negative means that local citizens spent more abroad that what inbound foreigners spent. 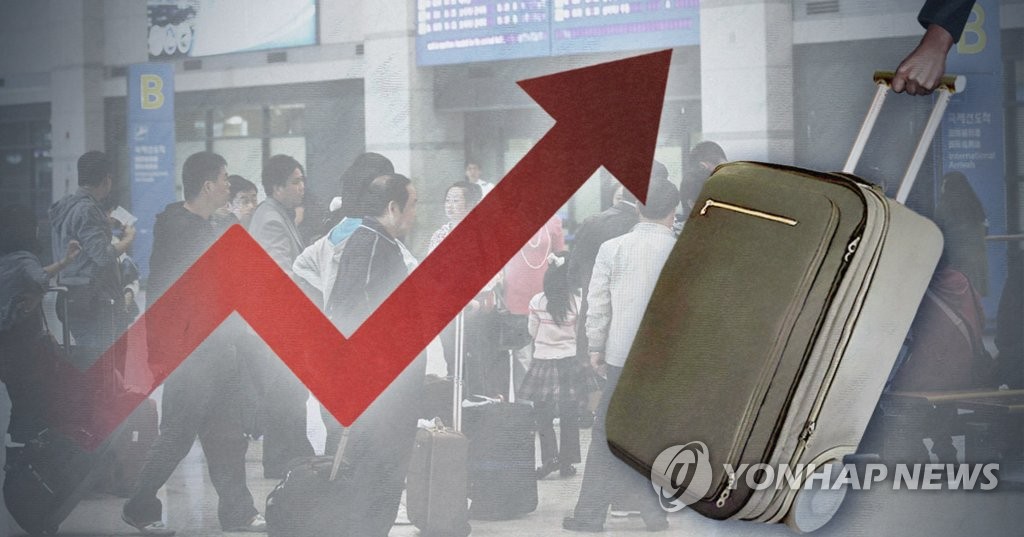 "The outflow of spending is the result of choices by local and foreign consumers of tourism services," the institute said. "It indicates weaknesses in the competitiveness of the domestic tourism industry."

The institute cited a report last year from the World Economic Forum that said South Korea's competitiveness in prices fell from 84th in 2007 to 88th in 2017.

"(This) was one of the important elements that undermined South Korea's competitiveness in the tourism business," it said.
(END)