Bochum announced Wednesday (Korean time) that the 30-year-old midfielder has agreed to a one-year contract extension and will play for the German Bundesliga 2 side until June 2020.

"Lee has managed to fit in well with the team in a short period of time," Sebastian Schindzielorz, Bochum's managing director, said through the club. "We are very glad that we were able to keep him for another season."

Lee joined Bochum this summer from Crystal Palace in the English Premier League. Since then, he has been in fine form, collecting four assists in nine matches.

Following his impressive performance in the league, Lee also returned to the South Korean national team last month. He has 81 caps for South Korea.

"Bochum have made it easy for me from the first day to get used to German football and the Bundesliga 2," Lee said through his club. "Fans have really inspired me, and I hope I can give some of that enthusiasm back to the fans." 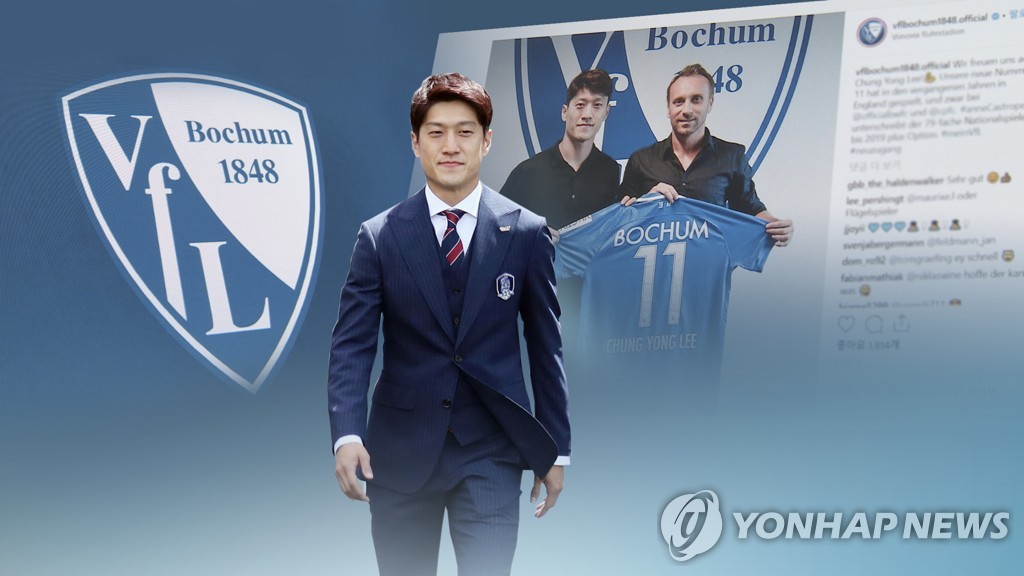