SEOUL, Dec. 5 (Yonhap) -- The government and the ruling Democratic Party (DP) agreed Wednesday to lift the designation of some restricted zones that host military facilities to help ease residents' inconvenience.

After a consultative meeting, they decided to lift the classification of zones in 21 places with a total area of some 337 million square meters.

The zones subject to the lifting are the largest since 1994 when the South lifted the designation on areas that total 1.7 billion square-meters.

The government picked controlled areas near the inter-Korean border where the lifting will not affect military operations. 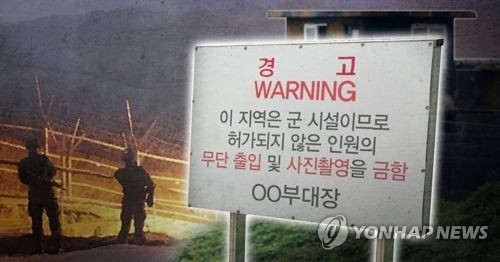 The military zones subject to the lifting are mostly in border areas in Gangwon Province, in the country's northeast, and Gyeonggi Province, which surrounds Seoul.

The South's designation of military zones was put in place at the height of inter-Korean confrontations.

In such areas, land development is restricted and residents face restrictions on how they may exercise their property rights.

The participants also decided to simplify and automate people's entry process into the civilian-access controlled zone near the border.

If introduced, the move will help simplify the entry process and reduce time for some 30,000 residents and tourists visiting the border truce village of Panmunjom per year.

S. Korea to lift designation of many military-controlled zones

S. Korea to lift designation of many military-controlled zones