According to the poll of 86 market watchers, financial officials, researchers and investors conducted by the Bank of Korea (BOK), 81 percent said intensifying trade disputes are the biggest problem that could harm stability in the financial system.

South Korea is one of the most vulnerable countries in the world, as it depends largely on exports and overseas markets to generate growth.

The world's two biggest economies are South Korea's No. 1 and No. 2 trading partners, with the recent exchange of trade tariffs fueling fears of global trade contraction.

Although leaders of the two nations agreed to a ceasefire last week, this seemed to be merely a stop-gap measure.

Recent signs of an economic downturn were picked by 67 percent of the respondents as another serious threat to the financial system, while 59 percent cited monetary normalization of major economies.

Household credit, which surpassed 1,500 trillion won (US$1.35 trillion) in September, was chosen by 45 percent, down from 74 percent in a survey carried out in May.

The biannual BOK survey was carried out from Oct. 22-Nov. 16, with multiple answers allowed. 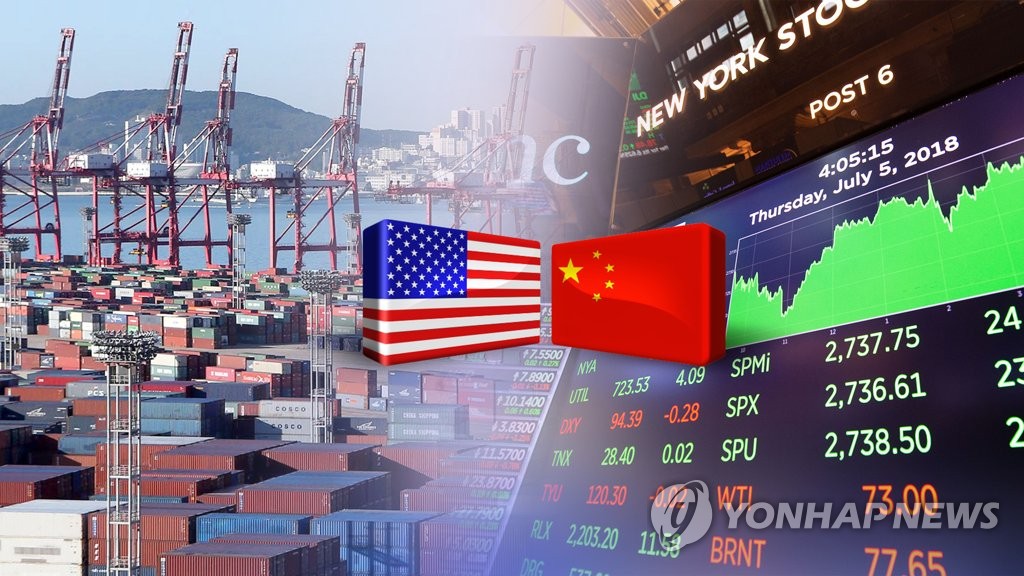