Miami Herald reporter Clark Spencer tweeted Wednesday that Hillman will be the new first base coach for the Marlins, saying the club is expected to announce all coaching hirings this week.

Once the move is made official, Hillman will be reunited with Marlins' manager Don Mattingly. Hillman served as bench coach under Mattingly with the Los Angeles Dodgers from 2011 to 2013 seasons. 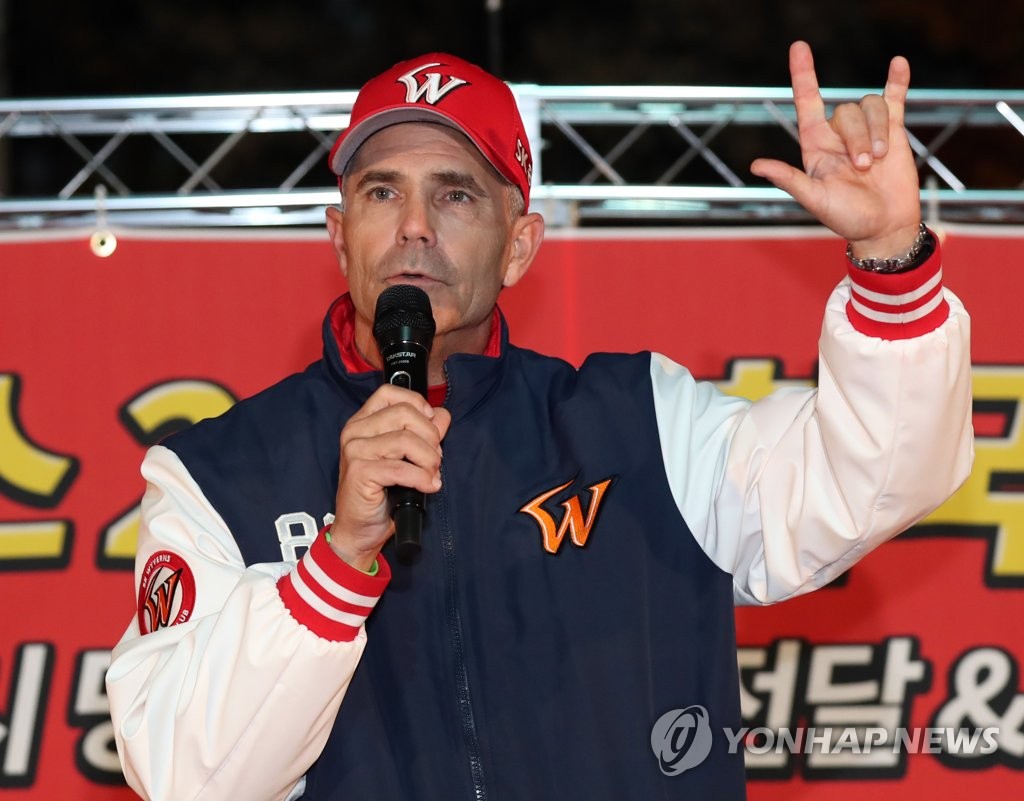 Hillman managed the Wyverns in the Korea Baseball Organization (KBO) in 2017 and 2018. They lost in the wild card game last year after finishing fifth in the regular season. This year, the Wyverns posted the second-best regular season record and advanced directly to the penultimate playoff round.

The Wyverns knocked off the Nexen Heroes in five games there, and then defeated the top-seeded Doosan Bears in six games in the Korean Series for their first championship since 2010.

Just before the end of the regular season, Hillman announced he would not return to the Wyverns' bench in 2019, so that he could spend more time with his ailing parents in the United States.

Hillman managed the Hokkaido Nippon-Ham Fighters in Japan and won the Japan Series championship in 2006. He's the only manager to have won titles in both South Korea and Japan. His only big league managerial stint came with the Kansas City Royals from 2008 to 2010.

In a video message posted by the Wyverns on their Facebook page, Hillman, sporting a Wyverns t-shirt, thanked his fans, as well as the Wyverns' coaching staff, front office and players for their support in his two years.

Hillman also left open the possibility of a return to South Korea, saying, "I might work there again. We'll see where God leads our paths as the Hillman family from Texas. We'll go from there."