GM Korea didn't provide details of the GM executive's schedule in Korea but confirmed he had a meeting with Lee Dong-gull, chairman of the state-run Korea Development Bank (KDB), the second-biggest shareholder of the carmaker after GM.

The state lender also confirmed the meeting, without giving details.

His unscheduled visit comes after a Seoul court ruled against GM Korea's plan to establish GM Technical Center Korea, Ltd., accepting the KDB's request for an injunction against the R&D separation plan. 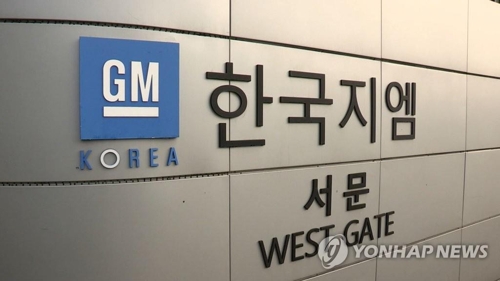 In response to the court's decision, GM Korea said it was disappointed and "respectfully" disagreed with the ruling on the appeal by the KDB.

"We are reviewing all of our appeal options and remain committed to establishing the stand-alone GM Technical Center Korea to better position our operations for future work," the company said in a text message on Nov. 28.

Last month, the KDB brought the R&D issue to the court, citing that no prior agreement was made. GM Korea's union has strongly opposed the plan because it sees it as a step by GM to scale down its production facilities in Korea over time.

GM holds a 77 percent stake in GM Korea, with the KDB and SAIC Motor controlling 17 percent and 6 percent, respectively.

In May, GM and the KDB signed an agreement to permit a lifeline worth a combined 7.7 trillion-won (US$6.7 billion) -- 6.9 trillion won from GM and 810 billion won from the KDB -- to keep the money-losing Korean unit afloat.

In the 2014-2017 period, GM Korea posted 3.134 trillion won in accumulated net losses due to a lack of new models and weaker demand.

In the same month, the Detroit carmaker shut down one of its four car assembly plants in Korea due to a low utilization rate of 20 percent.

On Nov. 26, GM announced a major restructuring of its global operations. The measures include the shutdown of five plants in North America and a 15 percent reduction in its salaried workforce.

The steps appear to be part of GM's efforts to take the lead in a rapidly changing market, where the trend is away from gasoline and diesel-powered traditional vehicles toward self-driving and electric cars.