SEOUL, Dec. 5 (Yonhap) -- Veteran slugger Choi Jeong has spent his entire 14-year career in the Korea Baseball Organization (KBO) with the SK Wyverns. And he wants to make it an even 20.

The free agent third baseman signed a six-year deal worth up to 10.6 billion won (US$9.5 million) on Wednesday. The Wyverns said Choi's guaranteed salary will be 6.8 billion won over six seasons, and the deal includes a 3.2 billion-won signing bonus and a 600 million-won option. 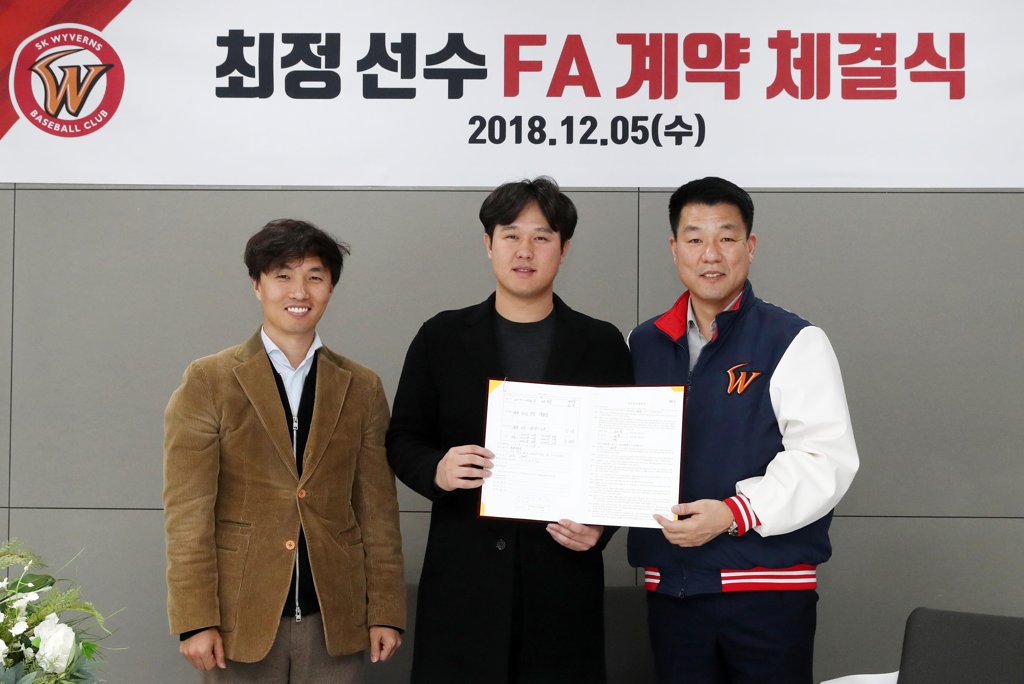 Choi's deal is tied for the longest contract ever handed out to a free agent in the KBO's 36-year history. In 2004, outfielder Jung Soo-keun signed a six-year contract with the Lotte Giants. No free agent since Jung had agreed to a deal longer than four years until Choi.

The Wyverns drafted Choi out of high school in 2005, and he has been a franchise cornerstone ever since.

Choi has also helped the Wyverns to four Korean Series championships: 2007, 2008, 2010 and 2018. Choi earned the Korean Series MVP award in 2008, and this year, he hit a dramatic, game-tying home run with two outs in the top of the ninth inning against the Doosan Bears in Game 6, and the Wyverns went on to take the game 5-4 in extra innings.

In a statement released by the team, Choi said he wants to start a new dynasty with the Wyverns.

"I've been with SK since Day 1, and my teammates are like my family, and our ballpark feels like my home," Choi said. "I want to thank the team for giving me the chance to finish my career here."

Choi became a free agent for the second time this offseason. After the 2014 season, he'd signed a four-year, 8.6 billion-won deal to remain with the Wyverns. It was the most lucrative free agent contract in the KBO history at the time.

Yeom Kyung-yup, the Wyverns' manager, said Choi is an integral part of the ball club, and he was pleased with the important signing.

"He'll help us a great deal on offense and defense," Yeom said. "We'll count on him to be our leader on and off the field." 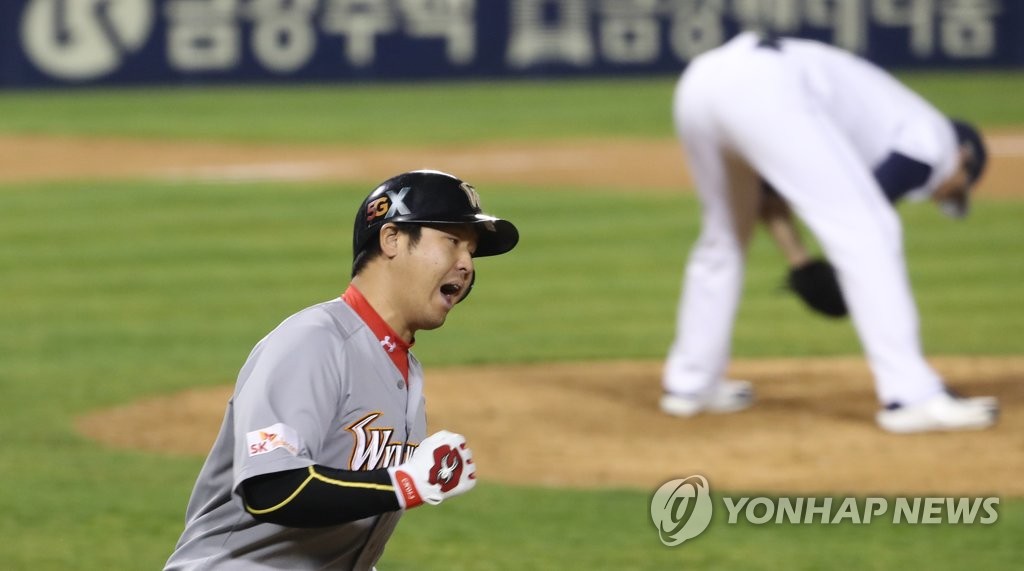