SEOUL, Dec. 5 (Yonhap) -- South Korea and the United States had working-level discussions this week on technical issues related to a sanctions waiver on Iranian oil imports, the Ministry of Foreign Affairs said Wednesday.

Last month, South Korea was granted the exemption by its ally, allowing it to continue to purchase Iranian oil, although the volume will be reduced significantly.

The two sides had talks to follow up on the measure in Washington D.C. on Tuesday (local time), according to the ministry.

They discussed "technical issues, including finance, shipment and insurance to support transactions of the trade sector," the ministry said. 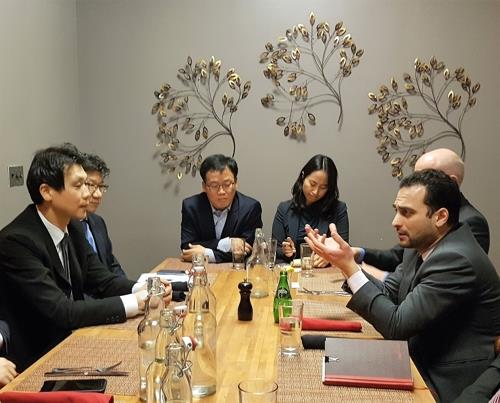 The South Korean team also included representatives from the finance ministry, the trade ministry and the Financial Services Commission.