Sung Yun-mo, minister of trade, industry and energy, said the government will look into the safety of hot water pipes that are over 20 years old in Gyeonggi Province this week and carry out in-depth assessments of other pipes for a month.

The emergency inspection comes after a heating pipe burst on Tuesday evening in Goyang, north of Seoul, claiming one life and suspending district heating in the area. About 20 pedestrians nearby were also scalded by hot water from the broken pipe.

"I express regret over the accident and apologize for the inconvenience caused to residents who may have suffered coldness at night," Sung said in a meeting with reporter. "The water pipe that was over two decades old is presumed to have caused the accident."

The policymaker said pipes made before 1998 are prone to this kind of accident as advanced connecting methods were not used at the time.

The old heating pipes, mostly used in mega urban development projects in Gyeonggi Province, come to 686 kilometers in length, equal to 32 percent of the pipelines in service, according to the ministry.

"We will carry out the emergency inspection into the fragile areas for one week and conduct in-depth investigations into the matter for one month," Sung said. 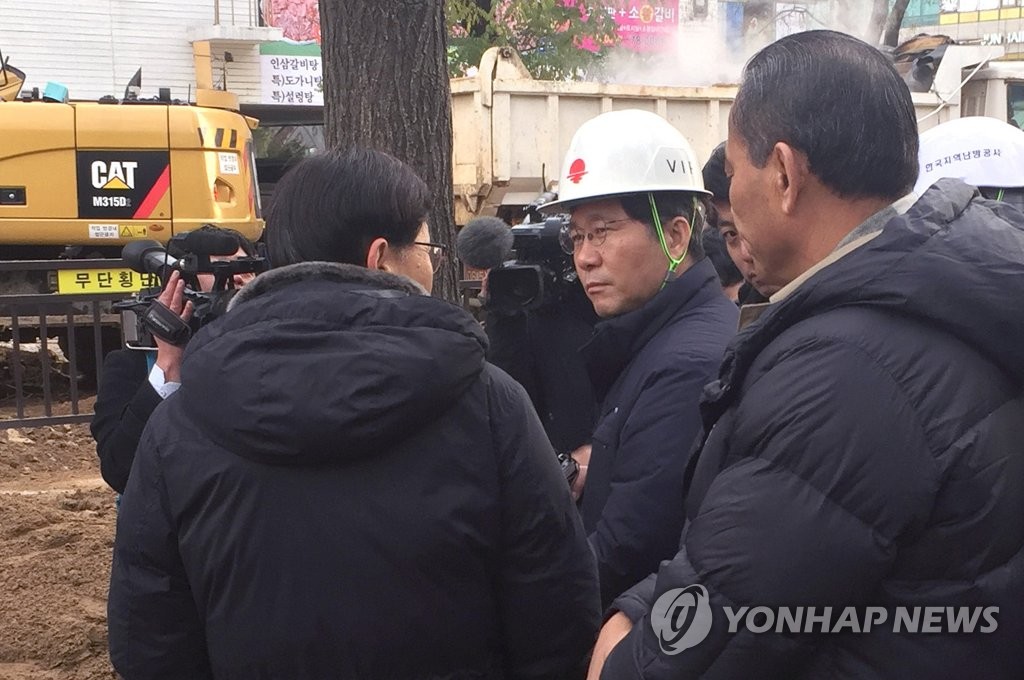