Jeju Gov. Won Hee-ryong announced the approval of the Greenland International Hospital as a for-profit hospital on condition that it caters only to foreign patients.

"The Greenland hospital has been given conditional approval. Its treatment of domestic patients is prohibited. The hospital can cater only to foreign medical tourists visiting Jeju," Won said in a news conference. 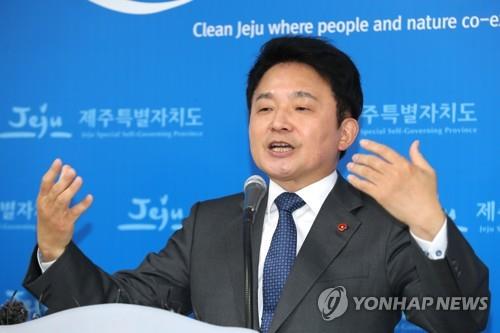 The governor emphasized that the hospital's medical services will be limited to four departments -- plastic surgery, dermatology, internal medicine and family medicine.

He said the for-profit hospital won't affect the nation's public medical service system, as the national health insurance won't be applied there.

Also called open-investment hospitals, these medical institutions are created to generate profit for their shareholders and permit the repatriation of earnings. At present, all hospitals in South Korea are non-profit and obliged to reinvest operating profits into facility expansions and personnel and research expenses. 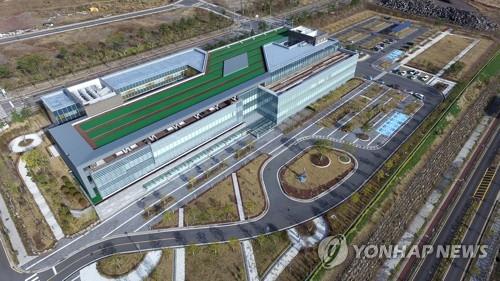 Debate on the introduction of for-profit hospitals began in 2002 during the government of then President Kim Dae-jung.

In December 2015, the Ministry of Health and Welfare permitted China's Greenland Group to build the Greenland International Hospital in the island province's Jeju Healthcare Town. The construction was completed last year at the expense of 77.8 billion won and the hospital applied for permission for operation, saying it has 47 beds and a staff of 134, including nine doctors, 28 nurses and 18 international medical coordinators.

But the final approval had been delayed due to opposition by some civic groups and residents, with the province's public opinion investigation committee recommending the disapproval of the hospital in October.

Gov. Won had initially promised to respect the committee's conclusion but eventually changed his position, apparently out of concern for a possible lawsuit from the hospital's investors and other backlash.

The governor apologized for failing to fully accept the committee's recommendation, saying that he has reached the decision for the sake of the future of Jeju Province.

The Jeju provincial government also said it will thoroughly oversee the operation of the Greenland hospital to ensure that it won't violate the purpose and goal of the conditional approval.

About 30 civic groups and political organizations of the province held a joint rally in front of Won's office, calling for the cancellation of the approval and the governor's resignation.

The civic activists said Won was supposed to follow the public opinion investigation committee's recommendation in order to put the provincial people's views before the Chinese capital.

The groups further claimed the adoption of such hospitals will eventually backfire and cause problems for the country's medical system, which is closely linked to the national health insurance plan. They argued such a hospital is not in the best interest of the general public.

"For-profit hospitals will eventually spread across the country, first at free economic zones," said Kim Jae-hun, a civic activist, adding that the Greenland International Hospital will only be the beginning.

Other doctors and politicians, meanwhile, said the adoption of such for-profit hospitals can improve the quality of medical service.