GWANGJU, Dec. 5 (Yonhap) -- A regional appellate court ruled Wednesday that Japan's Mitsubishi Heavy Industries, Ltd. must compensate Korean victims of wartime forced labor for their unpaid work, adding to a recent series of rulings in favor of the victims.

The Gwangju High Court upheld the lower court decision for three elderly defendants, including Kim Jae-rim, 88, and a victim's family member, ordering Mitsubishi to pay them 100 million-150 million won (US$89,670-134,500) each in damages.

The Supreme Court made a similar ruling last Thursday in a separate damages suit filed by four victims and a victim's family member. The victims were forced to enlist in the Korean Women's Volunteer Labor Corps and toil at an aircraft plant in Nagoya in 1944.

In line with the top court's ruling, the Gwangju court said the 1965 treaty signed between South Korea and Japan to settle colonial-era issues does not terminate individuals' rights to claim damages.

Korea was under Japan's brutal colonial rule from 1910-45. South Korea says Japanese leaders do not sincerely repent for the past wrongdoings and refuse to take full legal responsibility. Japan claims all reparation issues were been settled in the 1965 treaty, which normalized their diplomatic ties.

The Oct. 30 ruling further soured the frayed ties between Seoul and Tokyo.

There are currently 14 damages cases pending at South Korean courts that involve Korean forced labor victims and Japanese companies. A ruling is due in another appeals case on Dec. 14. 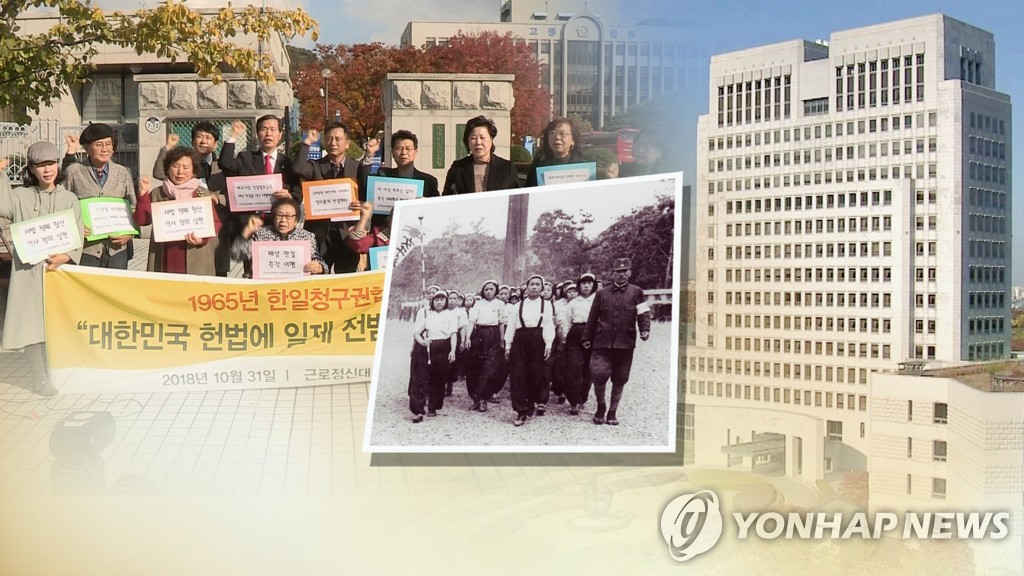