Analysts said the sharp decline came as hawkish comments were made by the U.S. government overnight against the latest Washington-Beijing ceasefire.

The revived fears over a renewed trade war between the two economic heavyweights sparked a stock sell-off in the United States.

The so-called inverted yield curve is believed to be a signal of a weaker economy.

Most shares went south across the board.

Kolon Corp., the holding company of South Korea's top textile and chemical materials maker Kolon Industries Inc., declined 3.94 percent to 34,100 won on news that its chairman is under investigation for tax dodging allegations.

The local currency closed at 1,114.1 won against the U.S. dollar, down 8.8 won from the previous session's close. 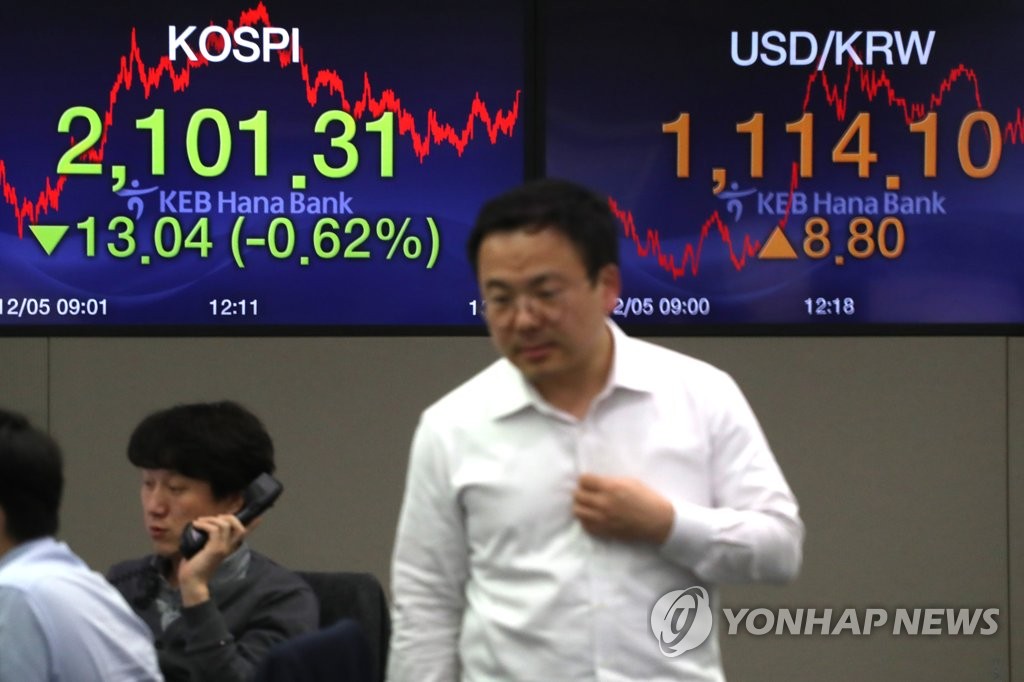