Kim Sun-ok passed away at 9:05 a.m. due to deteriorating health, according to the House of Sharing, a facility dedicated to helping those who were forced into sexual slavery by Japan's military during World War II, in the city of Gwangju, just outside Seoul.

Her death puts the number of surviving victims at 26 out of the 240 officially registered with the South Korean government.

At the age of 20, Kim was forced to work in a military brothel in Heilongjiang Province, northeastern China, after the Japanese authorities tricked her into believing that she could work at a factory.

Following the liberation of Korea from Japanese colonial rule in 1945, she married a Chinese man to make a living and settled in the town of Dongning in Heilongjiang.

Helped by her supporters and the Ministry of Gender Equality and Family in South Korea, Kim regained her Korean citizenship in 2005 before returning home, joining the House of Sharing. 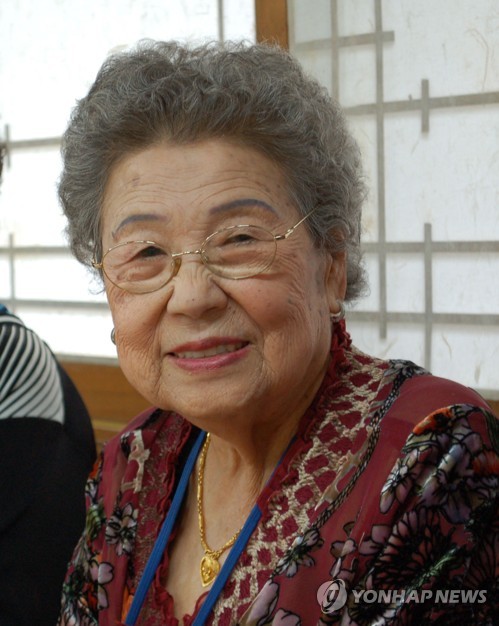