"The overall railway conditions have not been better or much worse compared with when we visited there before," Lim Jong-il, a transportation ministry official who headed the team, told reporters. He was involved in a 2007 railway inspection in the North.

"The final outcome will require additional or in-depth study going forward. Based on the final analysis, we can determine whether it (the railway) is safe or not," he added.

Lim said that the train ran at a speed of around 20-60 kph during the inspection period, with the speed relatively faster on the railway above Pyongyang. 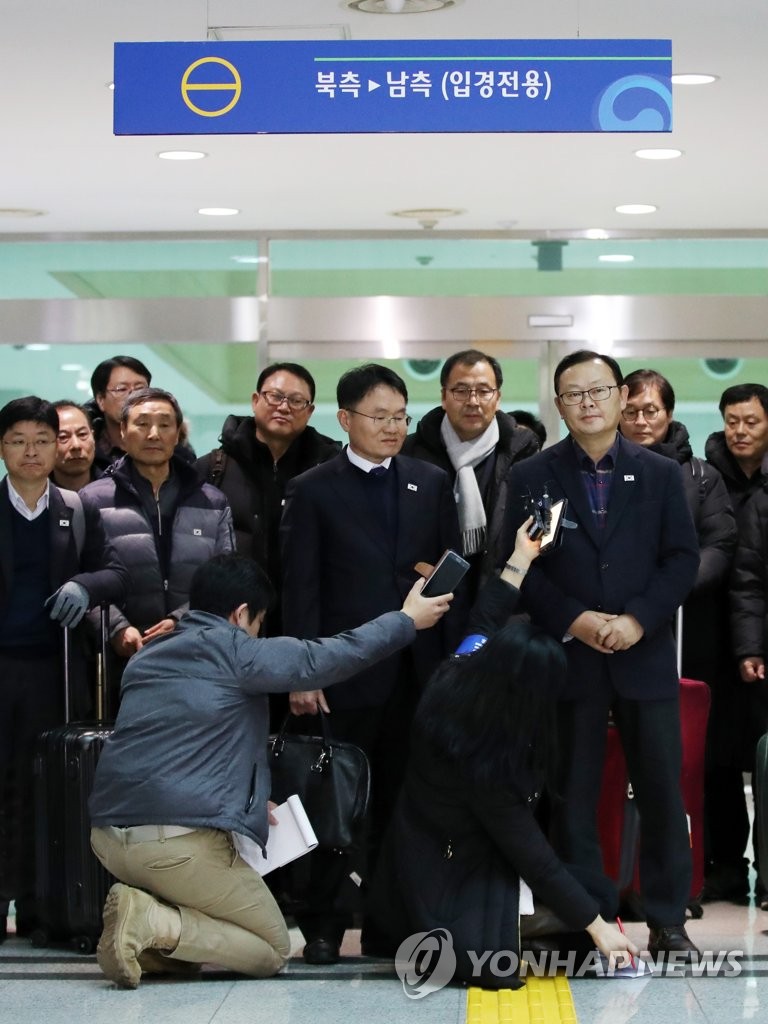 A separate team of South Koreans is to cross into the North on Saturday to conduct an inspection of the North's eastern Donghae railway, which will last until Dec. 17.

The inspection is part of a summit agreement between the leaders of South and North Korea in April to modernize and eventually reconnect rail systems across their border in a bid to foster reconciliation on the Korean Peninsula.

This marked the first inspection of its kind since 2007, when the Koreas assessed a 412-km stretch of railway from Kaesong to Sinuiju. It also marked the first time for a South Korean train to run from Mount Kumgang to the Tumen River since the peninsula was divided following the 1950-53 Korean War.

The inspection has been delayed amid U.S. concerns about possible violations of U.N. sanctions on North Korea.

The project was given the green light recently as the U.S. expressed strong support for the survey, and the U.N. Security Council granted a sanctions exemption.

The two Koreas are seeking to hold a groundbreaking ceremony for road and railway connections over their border before the end of this year, as agreed upon by their leaders.

Experts say that the North's rail system is so decrepit that it requires major repairs or replacement to be linked to South Korea's.