SEOUL, Dec. 5 (Yonhap) -- While the Korean War was at its height in 1951, a war prisoner camp on the southern island of Geoje stood as a microcosm of the brutal conflict between the capitalist ideology prevalent in the U.S.-allied southern half of the Korean peninsula and the communist ideology espoused by the allied forces of North Korea and China.

The war prisoner camp, managed by the United States, held hundreds of thousands of North Korean and Chinese prisoners of war at its peak, with the animosity between the prisoners defending communism and those who converted from communism, as well as American forces, running dangerously high.

"Swing Kids," a forthcoming dance film by star director Kang Hyeong-cheol, is set against this historical background. It is the first movie in four years directed by Kang, whose slim but high-profile filmography includes the 2008 hit "Scandal Makers" and the 2011 hit "Sunny." The movie was adapted from a musical titled "Ro Ki-soo."

Do Kyung-soo, a member of popular K-pop boy band EXO, who uses the stage name D.O., took on his first cinematic lead role as Ki-soo, a fervent communist and war prisoner who was a member of a national boys' dance troupe before the war broke out. 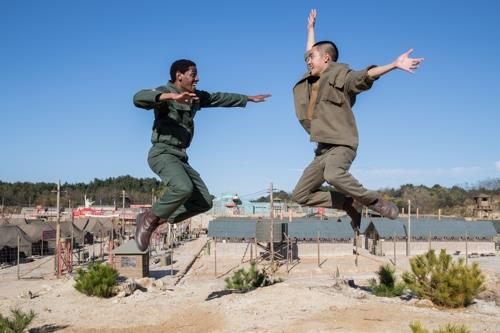 Ki-soo meets Jackson, a black Hollywood tap dancer-turned-U.S. Army sergeant at the camp, and by chance comes upon tap dance, an intriguing genre of dance for the young North Korean dancer who has only known local and Russian dance forms.

His instinct for dancing draws him into this form of dance, but his communistic comrades and their merciless campaign to boycott capitalist influences keep Ki-soo from the enticing, but typically American, dance form.

Under pressure from the American camp commander who is desperate to advance in his career, Jackson forms a five-member tap dance team to impress the American press during the military unit's Christmas performance event.

Ki-soo is given a special mission from a secret communist agent to join the American-led dance team and to assassinate the top commander when he attends the Christmas performance event.

This leads Ki-soo to eventually befriend his four teammates -- the American sergeant, played by American actor and dancer Jared Grimes; a South Korean girl; a South Korean man; and a Chinese soldier.

Do's experience as a K-pop performer surely adds to the rattling tap dancing scenes in the film, which follows the typical format of well-known dance movies.

The musicality and a Christmas scene close to the end make the production a perfect film choice for the holiday season. 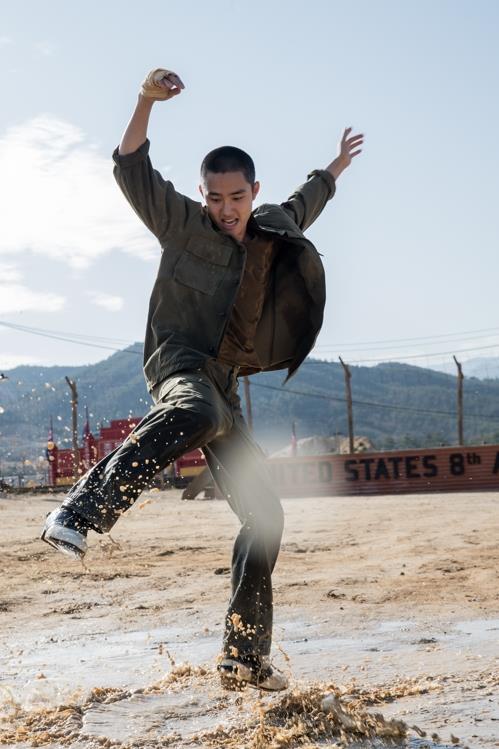 Like the director's previous works, "Swing Kids" is also full of hilarious comic scenes, mostly involving the South Korean and Chinese dancers, played by Oh Jung-se and Kim Min-ho. Oh plays a civilian mistakenly put into the prison camp, while Kim plays an overweight dance genius who suffers from chronic malnutrition and shortness of breath.

The enthralling story, however, ends tragically, in a manner that symbolizes the 1950-53 Korean War's sad outcome of cementing the ideological warfare between the two Cold War rivals and dividing the Korean Peninsula into the capitalist South and the communist North.

"I wanted to portray the invisible ideology as the villain of this movie," director Kang said in a press conference on Tuesday after a press screening of the film ahead of its formal release on Dec. 19.

"Ideology is meant to make people happy, but they became (social) systems that hold sway over human lives. It's absurd," he said. If war breaks out again, it could again put an end to the lives of many lovely people, like the characters in the film, he added.

Kang's aforementioned two previous films uncovered a number of talented actresses and brought them to stardom, including Park Bo-young and Kang So-ra. Whether his latest film could repeat the magic for Do, a new face in acting, and Park Hye-su, playing the role of the young woman who joins the dance team, is another possibility to watch for amid the upcoming release. 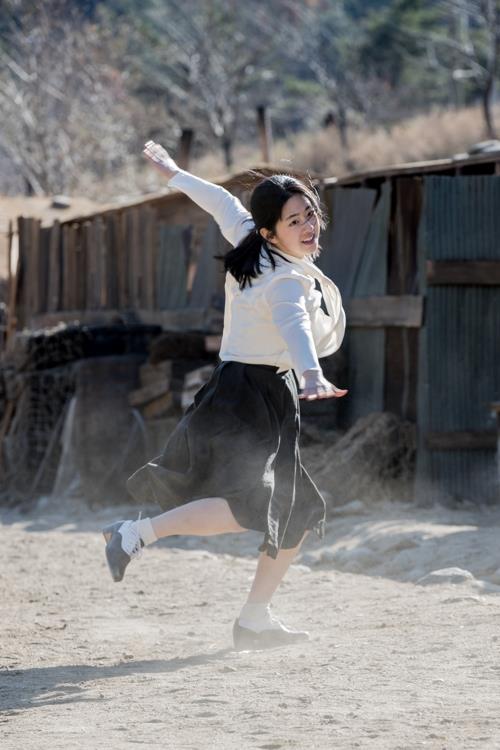