The country mandates runway visibility guidelines at Gimpo, Gimhae, Jeju, Daegu and Cheongju international airports that are stricter than those in other advanced countries, the Ministry of Land, Infrastructure and Transport said in a statement.

Over the past seven years, the ministry has revised down the required runway visual ranges for landing to 75 meters from 175m at Gimpo, to 350m from 550m at Gimhae, to 330m from 550m at Jeju, to 550m from 2,400m at Daegu and Cheonju airports, a ministry official said.

The government expects the average annual number of the country's flight cancellations, due to fog, heavy rain or snow, to fall by 150, or 11 percent, the statement said.

In 2017, a total of 1,420 flights were cancelled due to inclement weather conditions, it said. 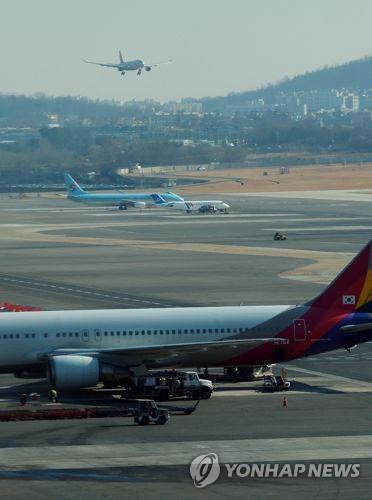