SEOUL, Dec. 5 (Yonhap) -- A parliamentary committee on Wednesday failed to adopt a report on the finance minister nominee, a move that could cast a pall over the nomination process.

The main opposition Liberal Korea Party boycotted the parliamentary finance committee as the rival parties were at odds over how to handle next year's budget.

The opposition party questioned whether Hong Nam-ki is a right person to tide over South Korea's grave economic situation, though it stopped short of opposing the adoption of a committee report on the nominee.

The ruling Democratic Party gave the nominee a clean bill of health, saying Hong is fit to implement the country's economic policy.

The deadline for the parliament to adopt a report falls on Wednesday.

Under the law, a president can ask the National Assembly to adopt a report on a nominee if the deadline is missed.

Hong was nominated by President Moon Jae-in last month to lead the Ministry of Economy and Finance. 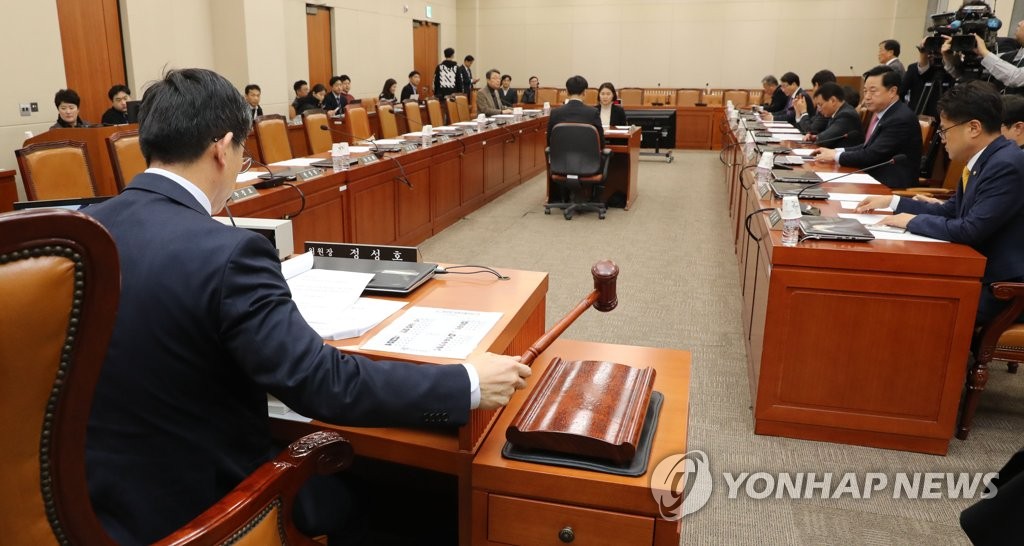