Daegu's Brazilian striker Edgar Bruno da Silva, known simply as Edgar, scored a late winner at Munsu Football Stadium in Ulsan and stunned the defending FA Cup champions. With the first leg win, Daegu can lift their first FA Cup trophy with a draw or even with a 1-0 loss in the second leg.

The FA Cup employs a home-and-away format for the final match. The aggregate score will determine the FA Cup champions, with the away goals rule in effect. The returning leg will be played at Daegu Stadium in Daegu on Saturday. 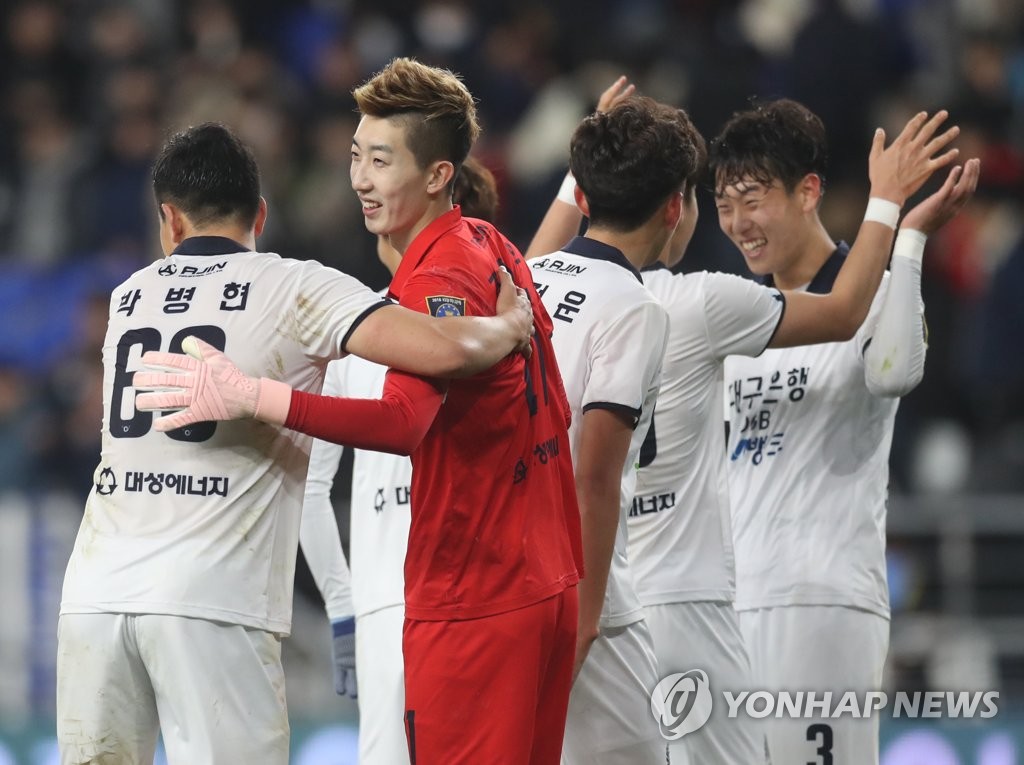 The winner of this cup competition will directly reach the group stage of the Asian Football Confederation (AFC) Champions League next year.

Both K League 1 clubs had a scoreless first half, but the match heated up after Ulsan's Hwang Il-su broke the deadlock with his right-footed strike in the 51st minute.

Ulsan, coached by Kim Do-hoon, later substituted in veteran forward Lee Keun-ho, K League 1 Young Player of the Year winner Han Seung-gyu and former CSKA Moscow winger Kim In-sung to get their lead back. However, it was the visitors who smiled at the end.

In the 88th minute, Edgar headed down a Kim Woo-suk cross from the right flank and delivered a precious away win for Daegu.

This was also Daegu's first win against Ulsan in two years. Daegu lost all three K League 1 matches against Ulsan this season. Daegu finished seventh in the K League 1, four spots behind Ulsan. 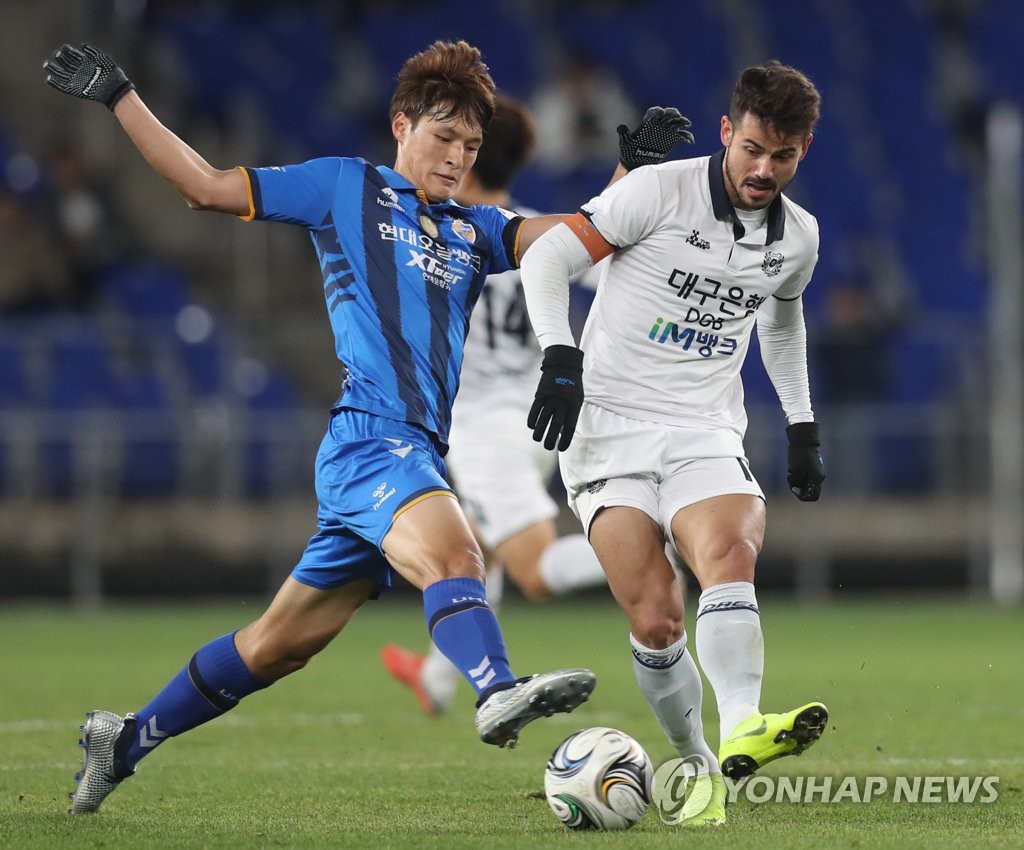