The funeral was held in Pyongyang on Wednesday for Kim Chol-man, who died of an illness at the age of 98 on Monday, according to the Korean Central News Agency (KCNA) and the Rodong Sinmun.

Kim had long been involved in the North's military supplies sector since the era of national founder Kim Il-sung. The former deputy to the Supreme People's Assembly is also known for joining the anti-Japanese guerilla forces led by Kim Il-sung.

"Kim Chol-man grew up to be a revolutionary and led a brilliant and worthwhile life under the deep trust and warm benevolence of the peerlessly great persons," Choe Ryong-hae, vice chairman of the ruling Workers' Party, said in a eulogy.

Also attending the funeral were staff members of the Political Bureau of the WPK central committee, including Kim Phyong-hae, Thae Jong-su, Choe Pu-il, Choe Hwi, No Kwang-chol, Ri Pyong-chol and Kim Nung-O, according to the media.

North Korean leader Kim Jong-un, who led the funeral preparation committee, did not attend the funeral. Kim sent a wreath to pay tribute to him and expressed "deep condolences" for his death, the KCNA earlier reported. 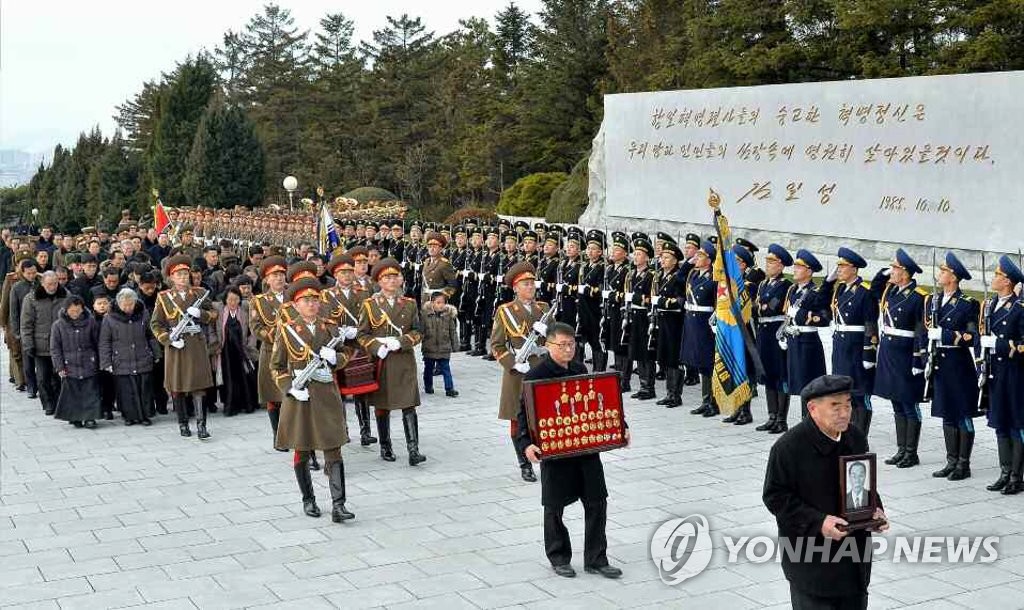