SEOUL, Dec. 6 (Yonhap) -- A Seoul court was set to hold hearings Thursday to decide whether to issue arrest warrants for two former Supreme Court justices on abuse of power and other charges in a scandal involving the previous top court leadership.

The hearings of retired Justices Ko Young-han and Park Byong-dae will take place separately in the Seoul Central District Court at 10:30 a.m. 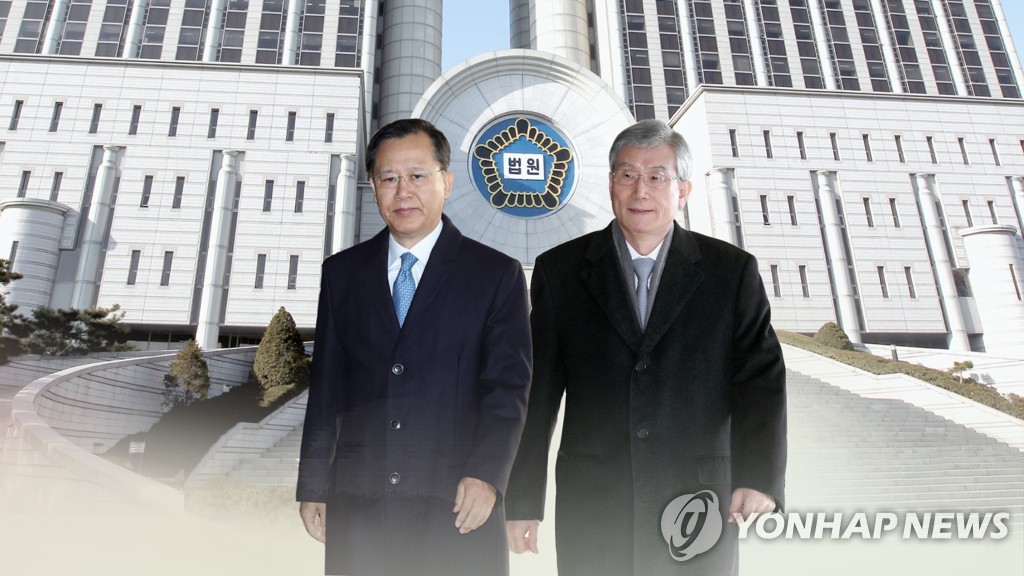