SEOUL, Dec. 6 (Yonhap) -- A Seoul court held hearings Thursday to decide whether to issue arrest warrants for two former Supreme Court justices who were allegedly involved in a massive power abuse scandal in the judiciary.

Ko and Park entered the courthouse without taking any questions from reporters. 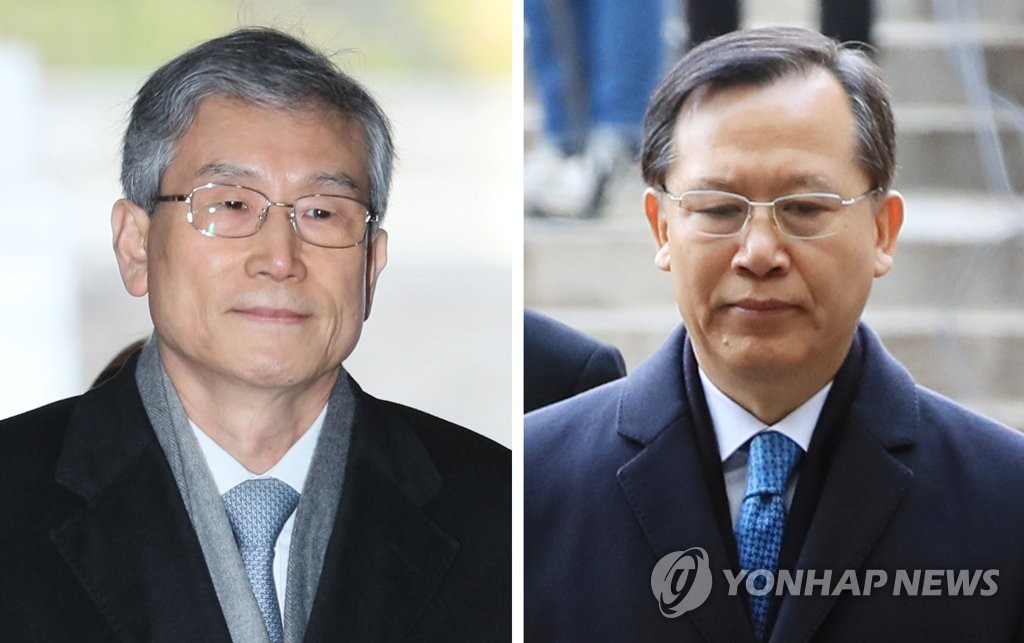