SEOUL, Dec. 6 (Yonhap) -- More than six out of 10 South Koreans are in favor of North Korean leader Kim Jong-un's potential visit to Seoul on hopes for peace on the Korean Peninsula, a poll showed Thursday.

In a survey of 500 adults nationwide, 61.3 percent of respondents said that they welcome Kim's trip on the grounds that it will help promote inter-Korean reconciliation and peace on the peninsula, according to pollster Realmeter.

But 31.3 percent opposed his visit, saying that it would be a peace offensive aimed at creating the false impression that Pyongyang aspires to peace, it showed.

In the Pyongyang summit agreement in September, Kim agreed to visit Seoul "at an early date," which President Moon Jae-in says means within this year.

But prospects for his trip in 2018 are uncertain as North Korea's denuclearization talks with the United States have made little progress.

In all regions and age groups, the number of those in favor of Kim's trip outweighed those who object to it.

But supporters for the main opposition Liberty Korea Party and the minor opposition Bareunmirae Party, as well as conservative voters, showed more negative responses to his trip.

The poll which conducted on Wednesday and had a margin of error of 4.4 percentage points, with a 95 percent confidence level. 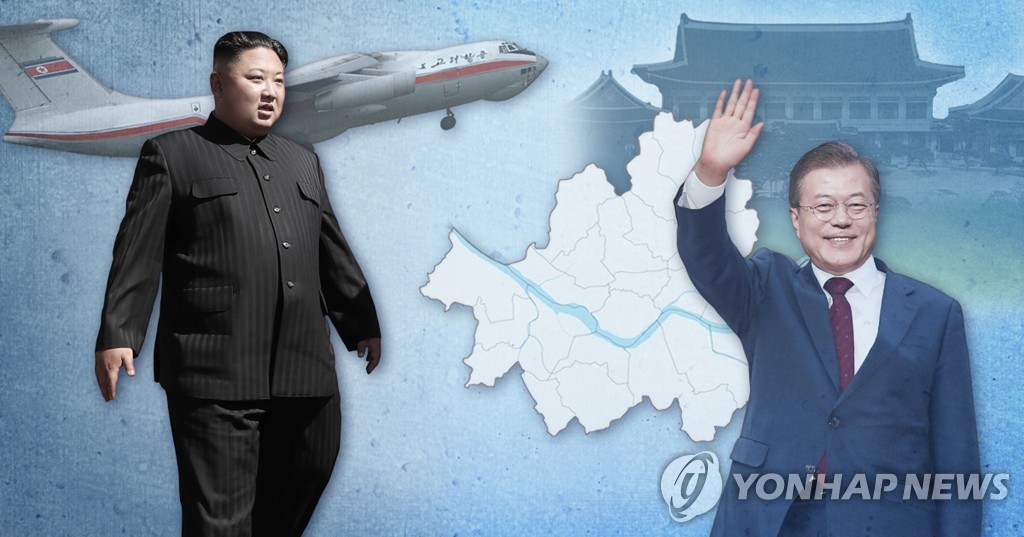 Six out of 10 S. Koreans in favor of N.K. leader's possible visit to Seoul: poll

Six out of 10 S. Koreans in favor of N.K. leader's possible visit to Seoul: poll