The Ministry of Trade, Industry and Energy expected the maximum electricity demand to range from 88 million to 91.6 million kilowatt (kW) based on the average winter temperature over the past five decades.

The reserve electricity rate is expected to stay over 11 million kW during the coldest part of winter, the ministry said, noting an additional 7.28 kW reserve power is on standby.

"We have acquired capacity of 103.2 million kW electricity to stably supply power even if there is an unexpected cold spell," the ministry said.

The ministry said it will keep close tabs on electricity use until February and use the demand response system to maintain a stable reserve rate.

The demand response system operates when load reductions are needed to prevent shortfalls in power supply. Adopted in 2014, 3,580 companies are members of the system operated by the state-run Korea Power Exchange. 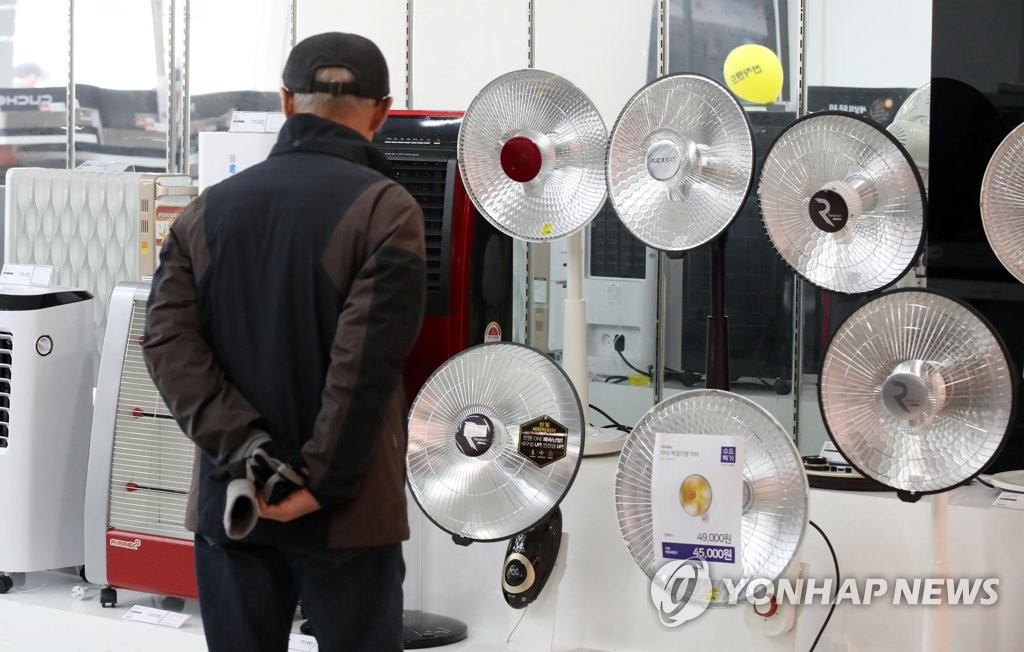