SEOUL, Dec. 6 (Yonhap) -- The top diplomats of South Korea and the United States are seeking to hold talks over North Korea this week, amid the allies' continued efforts to engage the communist state to facilitate its denuclearization, a source in Seoul said Thursday.

Seoul and Washington also reportedly plan to hold their second round of "working-group" talks aimed at synchronizing their approaches over Pyongyang's nuclear disarmament, sanctions implementation and inter-Korean cooperation.

The talks, if materialized, will follow the resumption this week of Washington-Pyongyang dialogue apparently aimed at making progress in their denuclearization negotiations and working out details for the envisioned second summit between U.S. President Donald Trump and North Korean leader Kim Jong-un.

The source said that Foreign Minister Kang Kyung-wha is seeking to meet her U.S. counterpart Mike Pompeo as early as Thursday (Washington time) during her visit to the U.S. as the chief of the South Korean delegation to attend the funeral of former U.S. President George H.W. Bush. 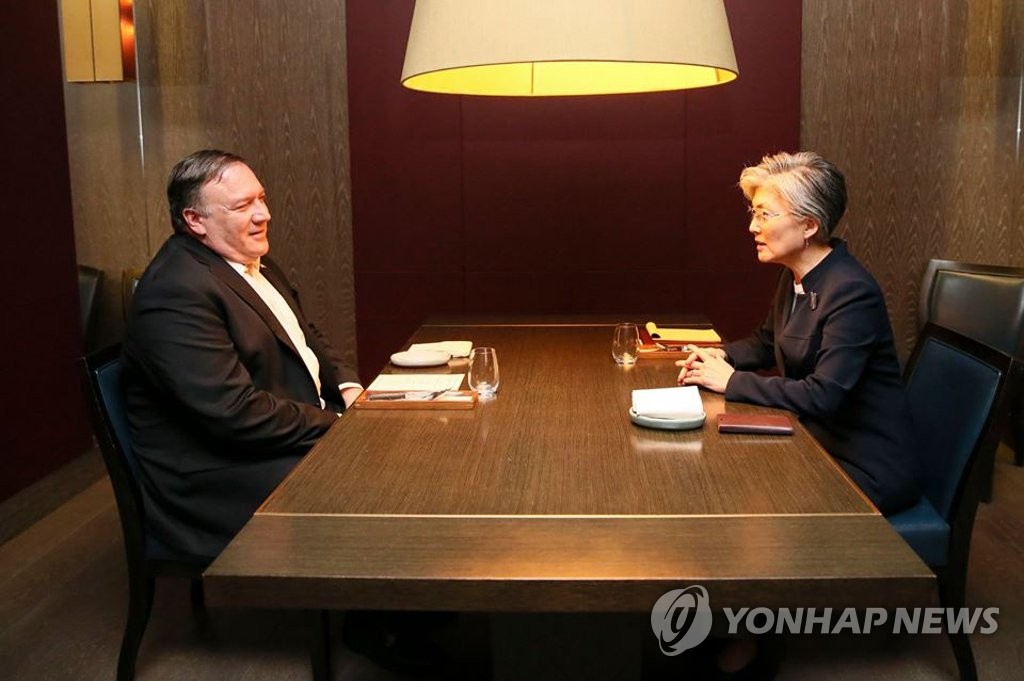 Their meeting will be the first since Oct. 7 when Pompeo held talks with Kang in Seoul following his visit to Pyongyang.

Along with the high-level meeting, the allies are moving to convene the second round of their working-group talks on the North. Should it be held, it will be the second since the inaugural session on Nov. 20.

Seoul and Washington launched the working group for "regular, systemic and formal" communication on North Korea policy, amid rumors of fissures in their approaches to handle the reclusive state.

The allies appear to be stepping up their coordination as Seoul pushes for the North Korean leader's trip to Seoul as early as this month with Washington envisioning a summit with Pyongyang early next year.

Seoul apparently believes that Kim's visit to Seoul to reciprocate Moon's trip to Pyongyang in September will be an opportunity to narrow differences over the reclusive state's denuclearization and prop up ongoing efforts for cross-border reconciliation and exchanges.