DAEJEON, Dec. 6 (Yonhap) -- South Korean scientists have discovered a substance that could be used as a new malaria treatment in a rare native microorganism found on the East Sea island of Ulleung, a state-run research center said Thursday.

The Korea Research Institute of Bioscience and Biotechnology (KRIBB) said its scientists found the anti-malaria substance in actinomycete, a rare microorganism that lives in the soil of Ulleung Island. 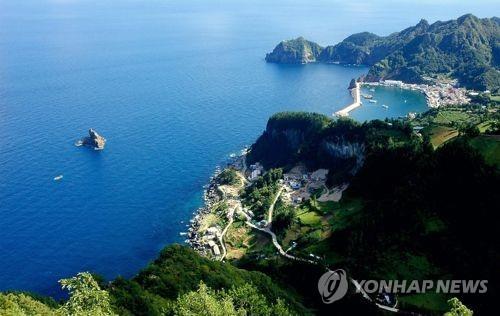 Actinomycetes are bacteria that live in various environments such as soil, plants, animals, rivers and seawater. They have been used as important biological resources for the development of new drugs for decades.

They discovered four kinds of new compounds that showed inhibitory activity against Plasmodium falciparum, one of the protozoans that cause malaria, without cytotoxicity.

"The successful isolation of the rare microorganism and secondary substances indicates the possibility of utilizing Ulleung Island soil as an important domestic resource," said a researcher at the KRIBB.

The KRIBB's paper on the Ulleung Island achievements was published in the November issue of Organic Letters.
(END)