BEIJING, Dec. 6 (Yonhap) -- The top diplomat of North Korea was to arrive in Beijing on Thursday, where he is expected to be briefed by his Chinese counterpart on a recent U.S.-China summit amid a stalemate in Pyongyang's nuclear talks with Washington.

North Korean Foreign Minister Ri Yong-ho was expected to arrive at Beijing Capital International Airport after his trip to Vietnam and Syria for a three-day visit at the invitation of Chinese Foreign Minister Wang Yi, according to sources.

On Tuesday, the Chinese government said Ri will meet with Chinese leaders to exchange opinions on issues of mutual concern, such as Beijing-Pyongyang relations and the situation on the Korean Peninsula.

Watchers say the talks between the top diplomats could center on the recent meeting between U.S. President Donald Trump and Chinese President Xi Jinping held on the sidelines of the G-20 summit in Argentina.

Trump said after the meeting that Xi agreed to work with him "100 percent" on North Korea.

The remark was made amid scant progress in nuclear talks between the U.S. and North Korea since their June summit, as Pyongyang demands sanctions relief, while Washington insists on more denuclearization measures. 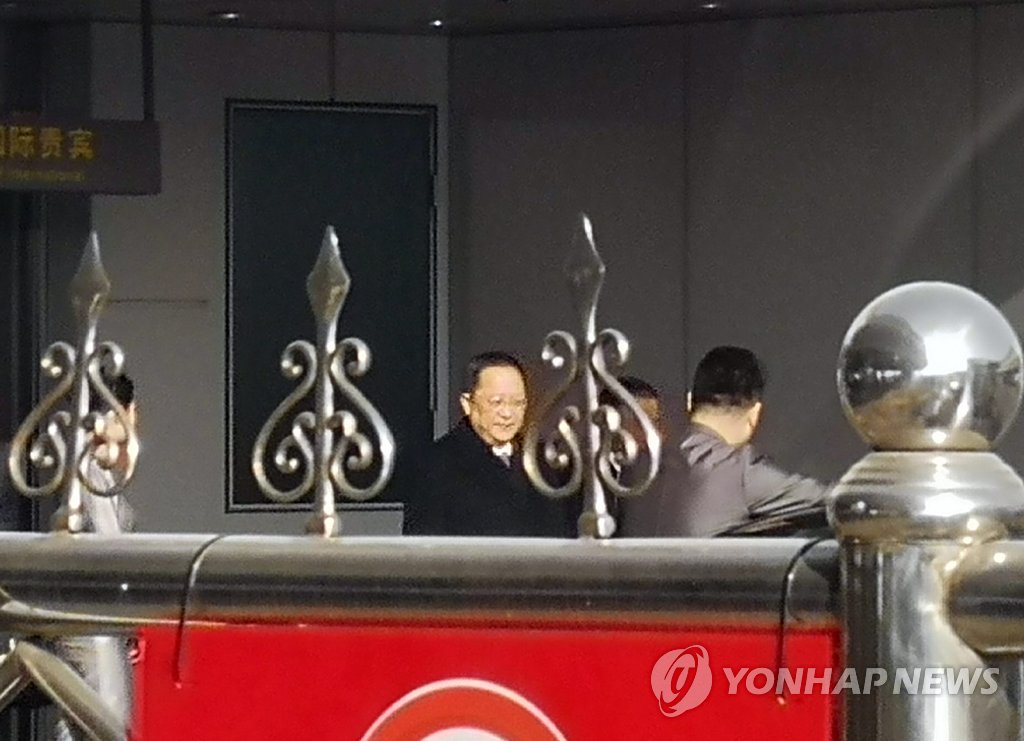