BEIJING, Dec. 6 (Yonhap) -- North Korean Foreign Minister Ri Yong-ho arrived Thursday in Beijing on a previously unscheduled visit apparently intended for him to get a briefing on the outcome of a recent U.S.-China summit amid a stalemate in Pyongyang's nuclear talks with Washington.

Ri arrived at Beijing Capital International Airport at around 3 p.m. for a three-day stay on his way back from a trip to Vietnam and Syria. Ri is expected to hold talks with Chinese Foreign Minister Wang Yi and other senior officials.

Ri's trip to Beijing was an official visit, not just the stopover that North Korean officials usually make to the Chinese capital when travelling to or returning from foreign countries. On Tuesday, the Chinese government said Ri will meet with Chinese leaders to exchange opinions on issues of mutual concern.

Ri's visit came just days after Trump held one-on-one summit with Chinese President Xi Jinping on the sidelines of a G-20 summit in Argentina. Chinese officials are expected to brief Ri on the outcome of the talks.

Trump said after the meeting that Xi agreed to work with him "100 percent" on North Korea.

Denuclearization talks between the U.S. and the North have stalled as Pyongyang demands sanctions relief, while Washington insists on more denuclearization measures. 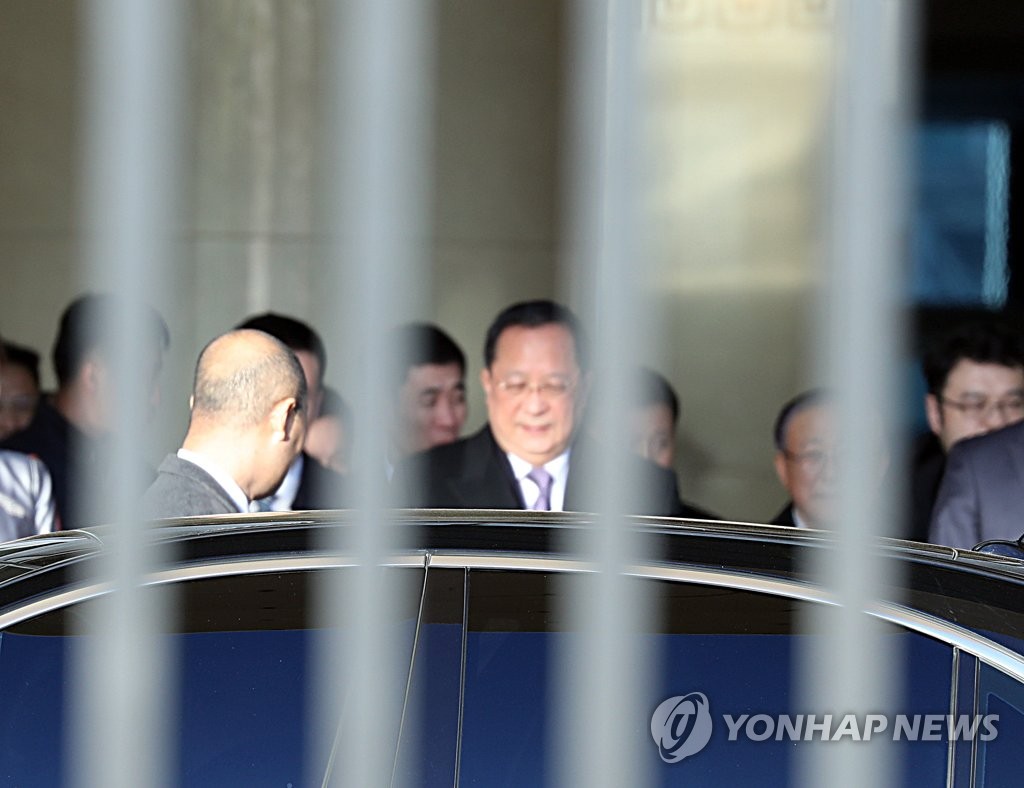