SEOUL, Dec. 6 (Yonhap) -- The Patriots and Veterans Affairs Ministry said Thursday it has selected a design for a memorial hall in Seoul dedicated to Korea's provisional government in Shanghai established during Japan's colonial rule of the Korean Peninsula.

The ministry, along with a 12-member committee tasked with the construction of the memorial hall, has awarded the project to Usun Engineering Architects, a Seoul-based construction and design firm.

Usun's entry, titled "A starting ground becomes a milestone that remembers history," portrayed a complex cultural space that carries the historical and symbolic meanings of the provisional government, according to the ministry.

South Korea has been pushing ahead with a project to build the memorial hall as part of events to celebrate next year's 100th anniversary of the establishment of the government in exile, which played a role in uniting the nation during Japan's 1910-45 colonial rule.

The government has selected a site for the memorial hall near the Seodaemun Prison History Hall in western Seoul, a museum commemorating the place where leaders of anti-Japan resistance movements were imprisoned during colonial times.

Completion of the hall is scheduled for August 2021. The government will inject 47.3 billion won (US$42.34 million) into the construction of the five-story structure -- three stories will be above ground and two underground -- on a site of 8,774 square meters.

In a statement, Patriots and Veterans Affairs Minister Pee Woo-jin said, "In constructing the memorial hall, we will make sure it will not only carry the spirit of the provisional government's anti-Japanese struggles and the nation's potential power but also the ideas of freedom, democracy, equality, justice and peace that provided the foundation of our country." 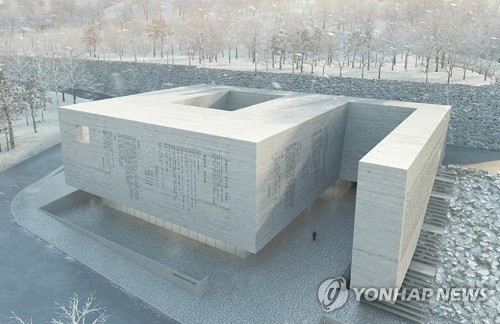