SEOUL, Dec. 6 (Yonhap) -- The global nuclear industry has been declining in the face of a decreasing number of new reactors in recent years, leaving more room for growth in the decommissioning sector over the long term, a renowned energy consultant said Thursday.

Mycle Schneider, the lead author of the World Nuclear Industry Status Report (WNISR), said the global energy landscape has been shifting toward renewable energies and that building new nuclear reactors is simply not competitive any more.

"If the nuclear power was a living organism on its way for extinction, the renewal rate is too small to guarantee its survival," Schneider said in a press briefing. "We have invasive species ... nuclear power has to deal with, which are renewable energies." 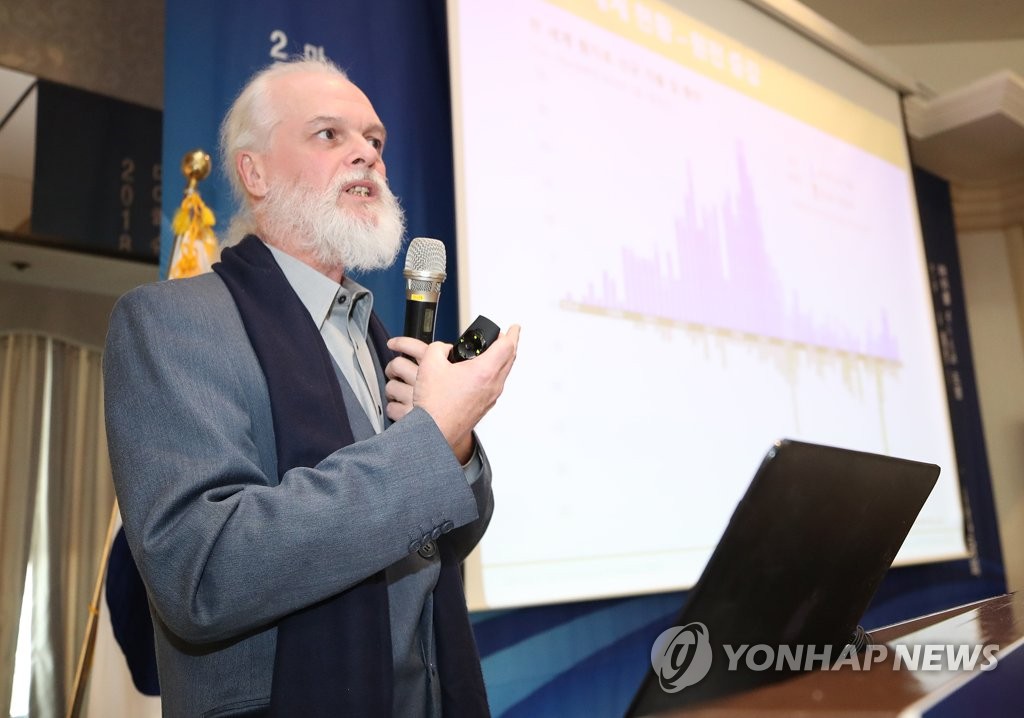 The energy produced by nuclear reactors increased 1 percent on-year to 2,503 net terawatt hours in 2017 but was still less than in 2001 and 4 percent below the historic peak in 2006, according to the WNISR report.

Without China, which increased its nuclear output by 18 percent last year, global nuclear power generation would have slightly decreased again in 2017, it noted.

"Nuclear capacity addition has completely been insignificant. If there was one reactor or the other, it would be irrelevant for the global trend," the Paris-based nuclear energy consultant said. "The nuclear industry is increasingly under threat and that is the reason why ... reactors close in countries like the U.S. (and) Sweden under pressure in the market."

In terms of nuclear power's role in fighting climate change, Schneider said nuclear power is not the best option in terms of its economic efficiency and safety.

The key question for the climate debate, he said, is this: "If I spend one dollar ... how much greenhouse gas emission can I avoid and how fast?"

The scholar, also known as an anti-nuclear activist, continued, "Every dollar can be spent on much more efficient measures to avoid greenhouse gas emissions."

To keep the skill sets for safe management of the existing fleet and prepare for their shutdown, Schneider suggested the nuclear industry should shift its focus to the decommissioning market, which is expected to grow when old reactors are retired one by one over the coming decades.

"There will be many, many reactors that will be shut down and there will a huge market for the decommissioning market in the future," Schneider said.

As of mid-2018, 115 nuclear reactors are undergoing decommissioning, accounting for 70 percent of the permanently closed reactors in the world, according to the report.

Only 19 units have been fully decommissioned: 13 in the U.S., five in Germany and one in Japan. Of these, 10 have been returned to "greenfield" status, which means the site is safe for reuse as, for example, housing, farming, or industry.