WASHINGTON, Dec. 5 (Yonhap) -- The United States is ready to offer a brighter future to North Korea, but only after it completely abandons its nuclear weapons program, a senior U.S. official said Wednesday.

The two sides have been trying to negotiate the terms of North Korea's denuclearization since the historic June summit between U.S. President Donald Trump and North Korean leader Kim Jong-un.

But talks have stalled over U.S. demands for a full inventory of the North's nuclear arsenal and Pyongyang's demands for reciprocal measures, including sanctions relief. 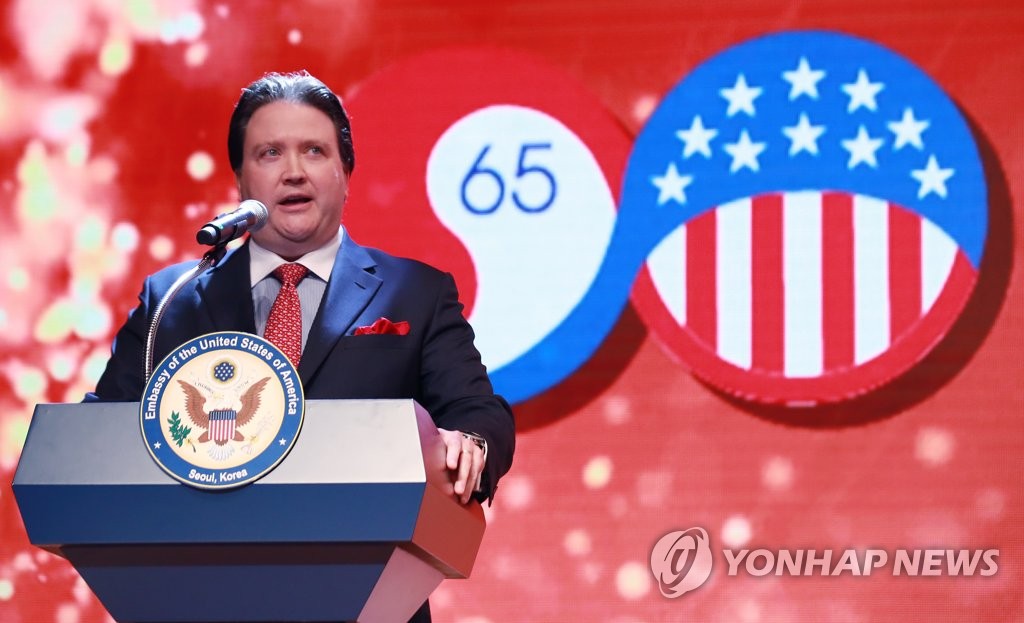 "As President Trump said in Seoul last November at the South Korean National Assembly, we sincerely hope for a brighter future for North Korea," Marc Knapper, acting deputy assistant secretary of state for Korea and Japan, said at an end-of-year event organized by the Korea Foundation.

"This is a goal that we share with (South Korea's) Moon (Jae-in) administration, but the path to a brighter future goes through denuclearization," he said, adding that the message has been made clear in public and in conversations with North Korean officials.

"We really need to see what we refer to now as the final, fully verified denuclearization of North Korea," Knapper said. "Until and unless we see this, the pressure campaign will continue."

Knapper, who until recently served as acting U.S. ambassador to South Korea, was referring to the U.S.-led international sanctions campaign that North Korea has vehemently protested.

The sanctions were not imposed by the U.S. alone, he said, but with the backing of the international community in multiple U.N. Security Council resolutions.

"So we will continue to keep the pressure on," Knapper said. "We will continue to urge North Korea to take steps to denuclearize and to make sure they understand that this brighter future that we sincerely hope for them only comes after we see, as we say, FFVD -- final, fully verified denuclearization."

The diplomat held out hope for a second summit between Trump and Kim early next year.

He also expressed hope for a potential visit to Seoul by Kim, which Moon has said they agreed at their last summit to arrange before the end of the year.

U.S. wants brighter future for N.K. after its denuclearization: official

U.S. wants brighter future for N.K. after its denuclearization: official