Kim, voted the regular season MVP in the Korea Baseball Organization (KBO) last month, received the Player of the Year accolade from the Korea Professional Baseball Alumni Association (KPBAA). The KPBAA, an organization founded to help retired baseball players, created the awards in 2014. 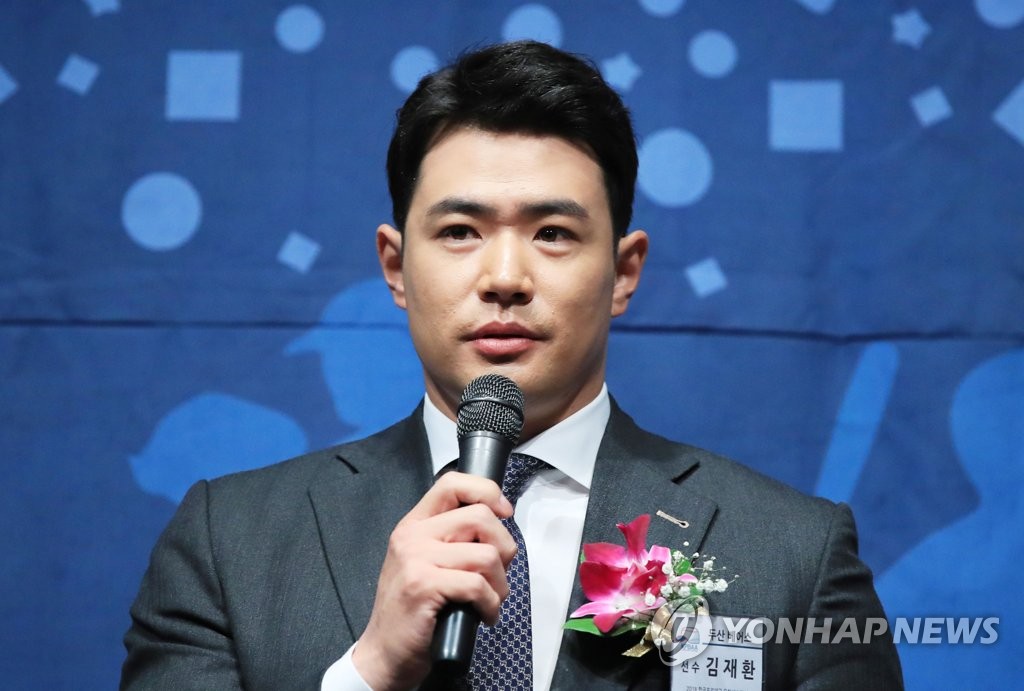 In his eighth season, Kim, who plays for the Doosan Bears, led all players with 44 home runs and 133 RBIs -- both career highs -- in 139 games this season. The 30-year-old slugging outfielder also led the KBO with 346 total bases and ranked second in slugging percentage with .657 and on-base plus slugging (OPS) with 1.062.

Other winners at Thursday's awards ceremony included teen phenomenon Kang Baek-ho, who was named the best rookie. The 19-year-old outfielder for the KT Wiz led all freshmen with 29 home runs -- one shy of the all-time rookie record -- and 84 RBIs, while putting up a robust .290/.356/.524 line.

The KPBAA picked Hanwha Eagles closer Jung Woo-ram as the winner of the best pitcher award. Jung, 33, was the leader in saves this season with 35. He also went 5-3 with a 3.40 ERA in 55 games.

Nexen Heroes' first baseman Park Byung-ho was named the best hitter by the KPBAA. He led the league in on-base (.457) and slugging percentage (.718), and finished just one home run behind Kim, with 43, despite playing in just 113 games due to injuries. 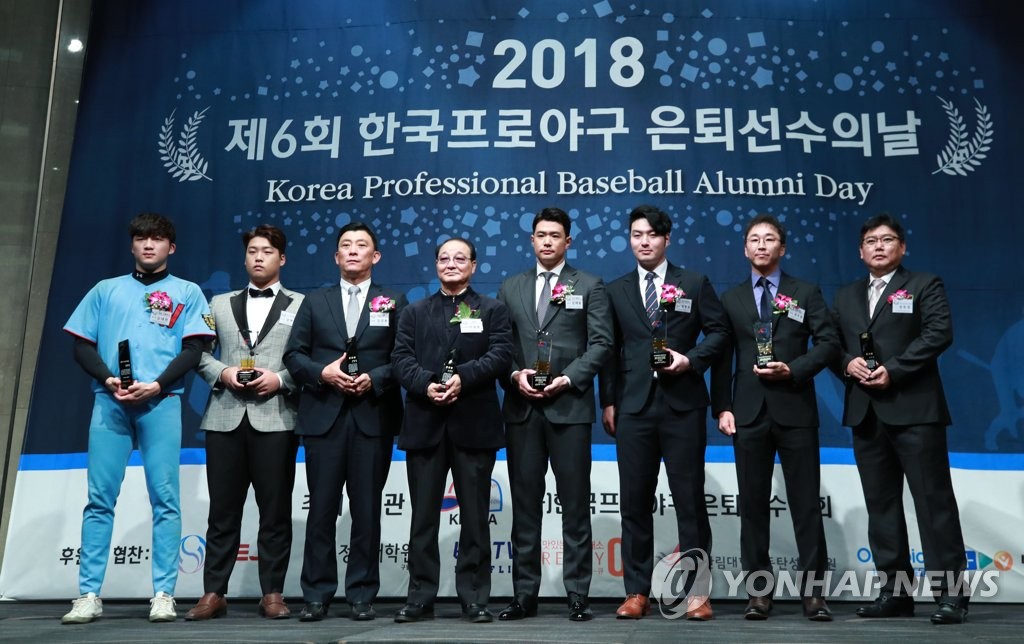