Cho Tae-yul took office as the president of the executive board of the U.N. Development Programme (UNDP), U.N. Population Fund (UNFPA) and U.N. Office for Project Services (UNOPS) during its special session following the election Thursday.

It is the first time since the establishment of the board in 1994 that South Korea has taken its presidency. Since 1994, Seoul has served as a member of the board multiple times and is set to be on it for the 2019-2021 period.

During his one-year term, Cho will preside over the board's regular sessions, set for January and September, and its annual gathering slated for June.

"Cho's election will serve as a good opportunity to play a role as a bridge between traditional donor states and recipients, based on South Korea's experience in transitioning from a beneficiary to a donor state," the ministry said in a press release.

The ministry added that Cho at the helm of the executive board will support efforts to enhance the efficiency of U.N. development programs in cooperation with civil society, private sectors and other U.N. agencies. 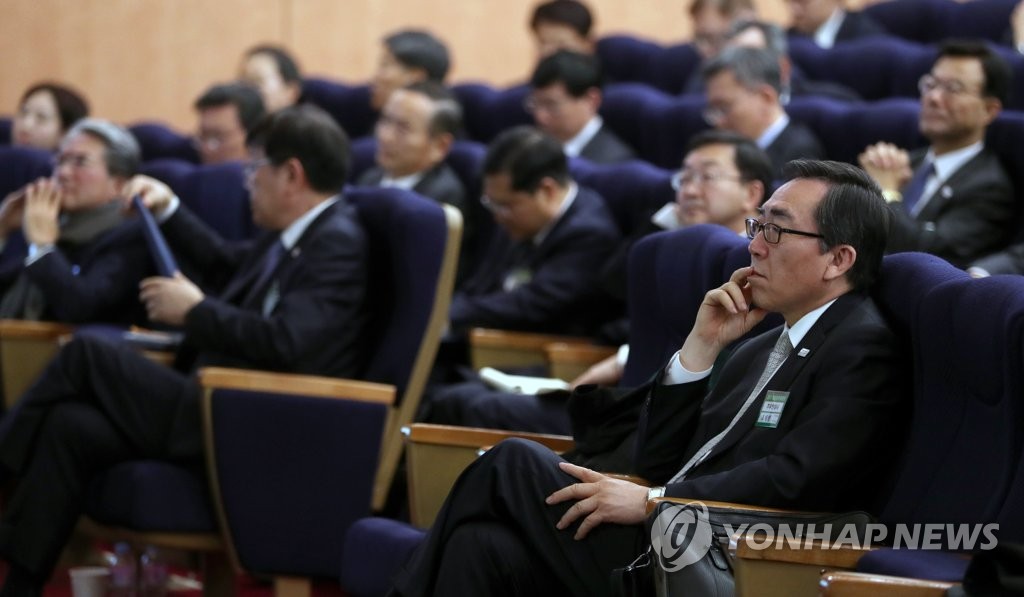