The six-member K-pop boy band, which has served as the store's model since last October, will remain as the company's face until October 2019, corporate sources said, without disclosing the amount of the contract.

Lotte Duty Free has numerous K-pop celebrities, including actor Lee Min-ho and K-pop girl group TWICE, as its representatives, according to the company.

The duty-free operator's move to expand its presence in the global market comes as local retailers are gearing up for a potential inflow of Chinese customers.

An increasing number of Chinese group tourists have visited major duty-free shops in Seoul recently since Beijing's censure of South Korea last year over the deployment of a U.S. anti-missile system on its soil has shown signs of easing. 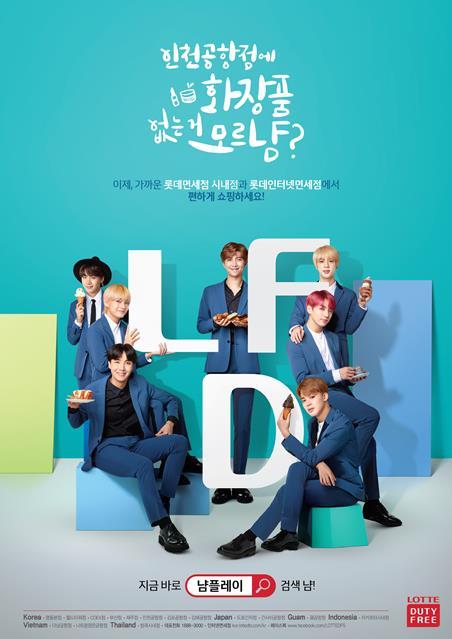