The reception, held at a hotel in Seoul, was attended by some 700 dignitaries, including South Korean and foreign diplomats and Japanese and Korean businessmen.

At the event, which was closed off to media, Japanese Ambassador to South Korea Yasumasa Nagamine is said to have called on the South Korean government to take appropriate measures to revive the relationship that went sour over a Seoul court's ruling to order a Japanese company to provide compensation for forced laborers during World War II and the recent decision to shut down a foundation related to Japan's wartime sexual enslavement of Korean women.

At the same time, the ambassador underlined the importance of continuous exchanges and cooperation. He vowed to support President Moon Jae-in's efforts to resolve North Korea's nuclear matters and bring peace and stability to the Korean Peninsula.

Vice Foreign Minister Cho Hyun, who attended the reception, is reported to have delivered a speech at Japan's request, in which he emphasized a need for the two countries to build future-oriented relations and work closely on North Korea's denuclearization, while calling for Japan to face up to history.

While a vice minister's attendance has long been customary, it is very unusual for him or her to make an official speech at the event.

"At a time like this, mutual exchanges and communication take on extra importance. Both countries should explain their position and seek understanding from each other," a government source told Yonhap News Agency. 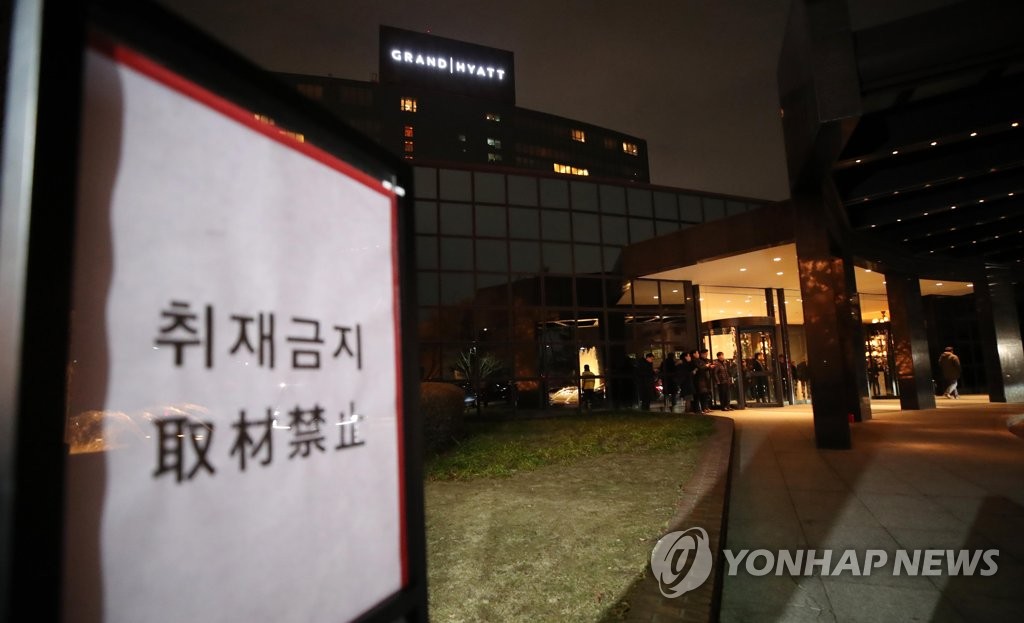