Seoul produced a come-from-behind win after netting three goals in the second half in the first leg of the home-and-away series at Gudeok Stadium in Busan. The second leg will take place at Seoul World Cup Stadium in the South Korean capital.

The winner of this playoff will play in the top-flight K League 1 next season, while the loser will be in the lower-tier K League 2.

Seoul, led by head coach Choi Yong-soo, dropped into the playoff after finishing in 11th place among 12 clubs in the K League 1. Each season, the last place club in the first division is demoted directly to the K League 2, while the second-to-last team must survive the playoff series to stay in the top flight. Seoul have never been relegated to the second division in their club history. 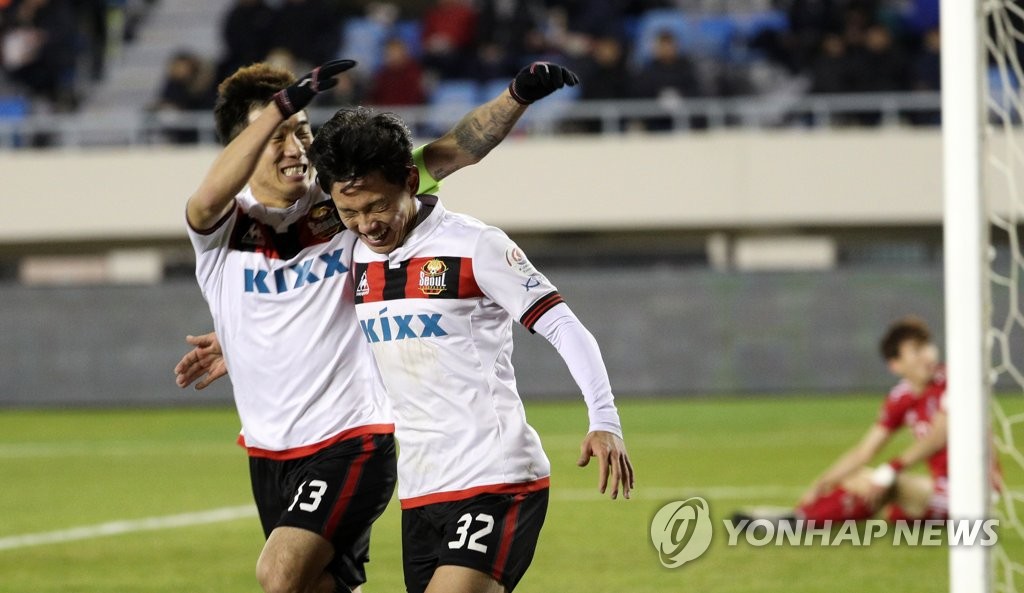 However, the hosts got into trouble in the 42nd. Defender Kwon Jin-young was sent off for his second yellow card following his fierce tackle on Seoul forward Yun Ju-tae.

Seoul, six-time K League 1 champions, got into their attacking rhythm in the second half, and the visitors finally leveled the score in the 58th. Cho Young-wook, the 19-year-old forward who was recently selected for the national team, tapped home a cross from Ha Dae-sung.

Seoul got their second goal of the night in the 78th. Go Yo-han headed down Kim Dong-woo's cross to beat Busan goalkeeper Koo Sang-min.

With Busan struggling to push forward, Jung Hyun-cheol sealed the precious away win for Seoul after he found the net in the 89th. 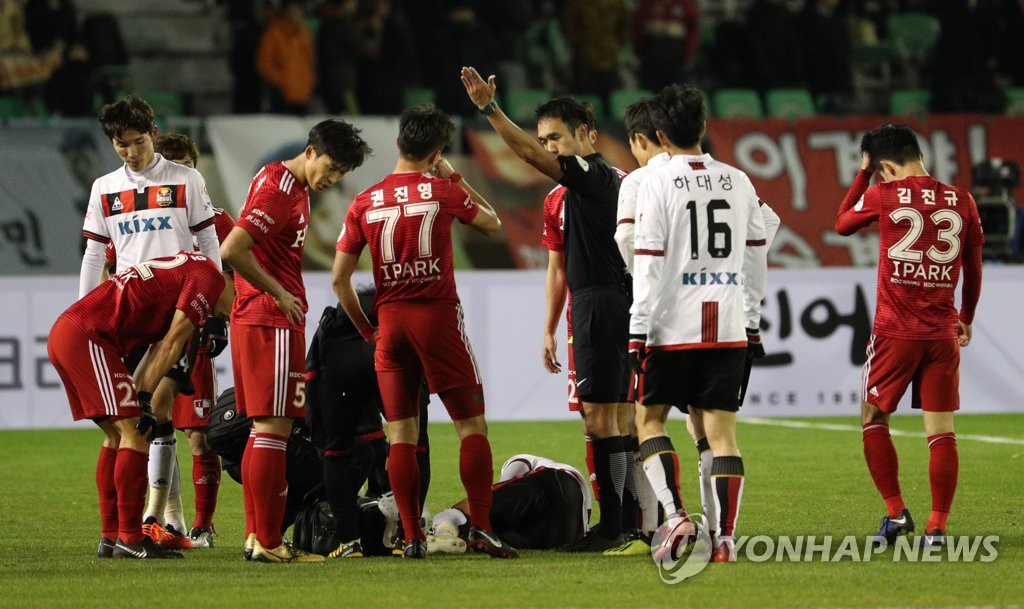