According to the research conducted by Consumer Reports, LG's 65-inch TV with a model number of OLED65B8PUA received the top mark among OLED TVs in terms of resolution, sound and other performances.

The evaluator noted users can activate the TV through LG's artificial-intelligence platform, LG ThinQ, and that the product can connect to other voice assistance systems, such as Google Assistant and Amazon's Alexa.

Japan-based Sony Corp.'s latest OLED TV, the XBR-65A8F, also won high remarks from Consumer Reports, but LG's product was more advantageous in terms of price, as the price tags on the two models were at US$3,200 and $2,600, respectively.

"There are far fewer OLED TVs on the market, and they tend to be expensive. So far, only two brands -- LG and Sony -- make them. But the sets can deliver a truly stunning picture, in part because they do a great job of displaying the blackest parts of an image," Consumer Reports said.

As for the research on non-OLED TVs, LG Electronics' 65-inch LCD TV, the 65SK9500PUA, and Samsung Electronics Co.'s QLED TV, the QN65Q9FN, were joint winners. 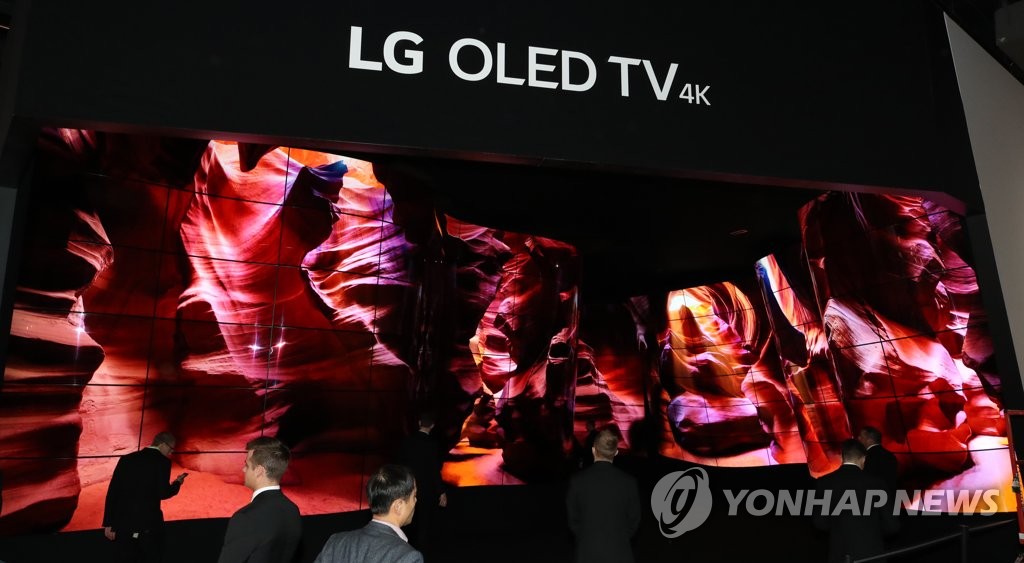