SEOUL, Dec. 7 (Yonhap) -- Close to 30 percent of accommodations and restaurants taking out loans received them from non-banking institutions in the third quarter this year, data from the Bank of Korea showed Friday, raising concerns about their risks from interest rate fluctuations.

The loans by the hospitality industry totaled 54.55 trillion won (US$48.64 billion) in the quarter ended in September, up 10.5 percent from a year ago. Among the lending, 16.33 trillion won was borrowed from non-banking institutions, a gain of 20.4 percent, according to the tally from the central bank.

The proportion of loans from non-banks rose 0.6 percentage point from the previous quarter to 29.9 percent. This is the highest since the first quarter of 2008. 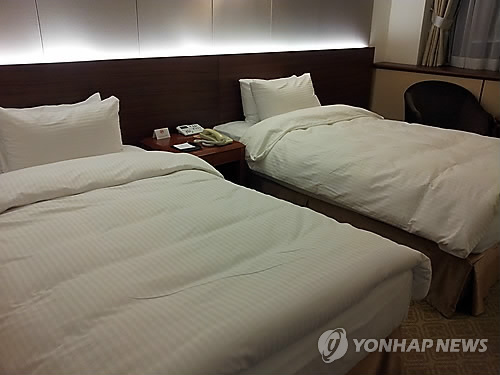 By comparison, borrowings from banks rose in double digits from the third quarter of 2014 to the first quarter of 2016 before slipping to a single digit in the second quarter of 2016. The figure has been rising between 4 and 6 percent last and this year.

The trend indicated by the data is viewed with concern since loans from non-bank institutions often come with higher interest rates and fluctuations in the rates, exposing borrowers to bigger risks.

It is also likely a sign that the businesses, still in a slump, are forced to go to non-banks for loans after reaching their borrowing limits at banks.

Some say the trend is a result of banks strengthening their review of loan applications beginning in early 2016 to reduce excessive home-collateralized lending.

"The balloon effect has become stark after the strengthened loan reviews by banks," Cho Young-moo of the LG Economic Research Institute said. "It appears that since a large number of food and lodging businesses are self-employed, they fell into that balloon effect."
(END)

More hospitality businesses depending on loans from non-banks: data

More hospitality businesses depending on loans from non-banks: data