SEOUL, Dec. 7 (Yonhap) -- LG Display Co. said Friday that OLED TVs have emerged as a huge electronics business in Japan, claiming the country's market holds a bright future and that it is home to major clients.

During the 28th Fintech Japan held in Chiba, near Tokyo, LG Display claimed that Japan is one of the world's major markets for OLED TVs, and that such products take up 69 percent of Japan's high-end TVs priced US$2,000 and above.

LG Display added that a number of its major clients are Japanese companies, which include Sony Corp., Panasonic Corp., Funai Electric Co. and Toshiba Corp.

The panel maker, an affiliate of LG Electronics Inc., has been promoting OLED displays over their LCD counterparts. LG claims that OLED displays are better in delivering a complete black color as each pixel generates light, whereas LCD TVs use a backlight.

LG Display said that the vivid color and fast response speed of OLED TVs make them perfect for enjoying sports content, encouraging Japanese consumers to purchase them for the 2020 Summer Olympics in Japan.

Japan's broadcaster NHK, which vowed to air 8K-quality programs during the Summer Games, has been cooperating with LG Display as it delivered the world's first 8K OLED display, the company added. 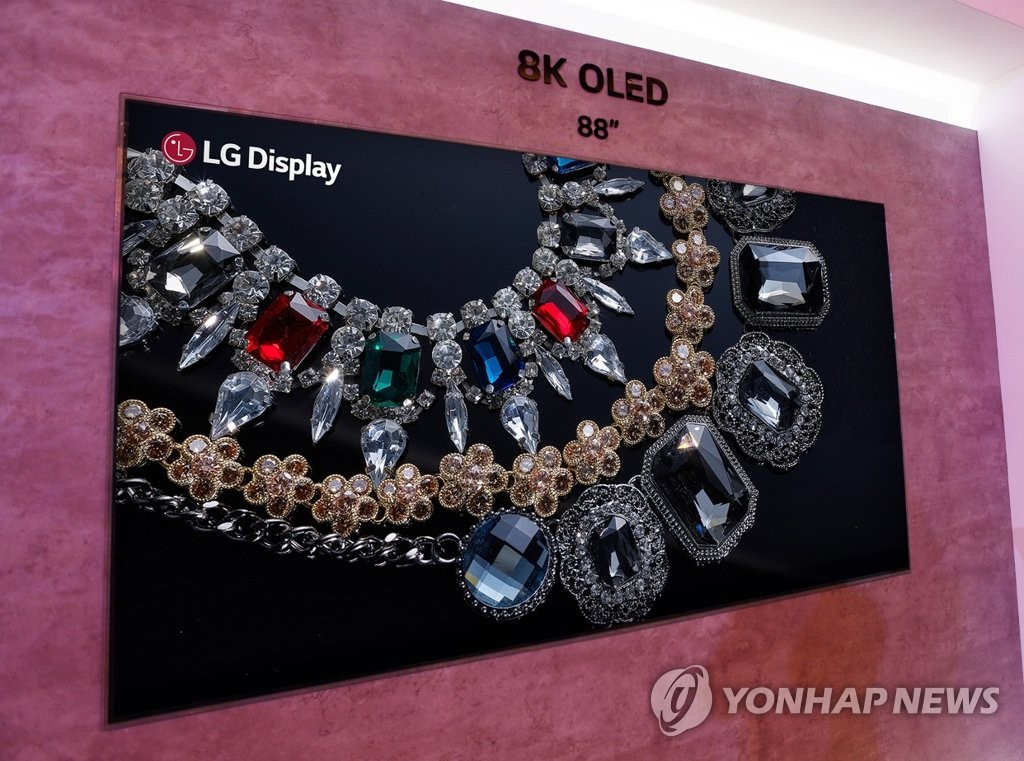