Outbound shipments were expected to reach the benchmark on Dec. 27, which would make the nation the world's sixth-largest exporter, the Ministry of Trade, Industry and Energy said.

Total trade volume is set to reach over $1.1 trillion by the end of this year, the ministry said.

The nation's trade volume accounted for 3.1 percent of total global trade in the first eight months of this year, up from 2.6 percent in 2008, it noted.

Exports to the Association of Southeast Asian Nations also expanded to their highest-ever level, led by booming manufacturing in the fast-rising economic bloc.

The government vowed to take proactive measures to enhance competitiveness of the local industry to maintain growth momentum next year, stressing the role of exporters amid lackluster domestic demand and the tight job market.

"It is time for the Korean economy to carry out fundamental reforms to leap forward in the unfavorable global trade environment," industry minister Sung Yun-mo said in an award ceremony for leading exporters. "We will make efforts to upgrade leading export industries and diversify markets, while expanding support for small and medium-sized companies' global marketing efforts." 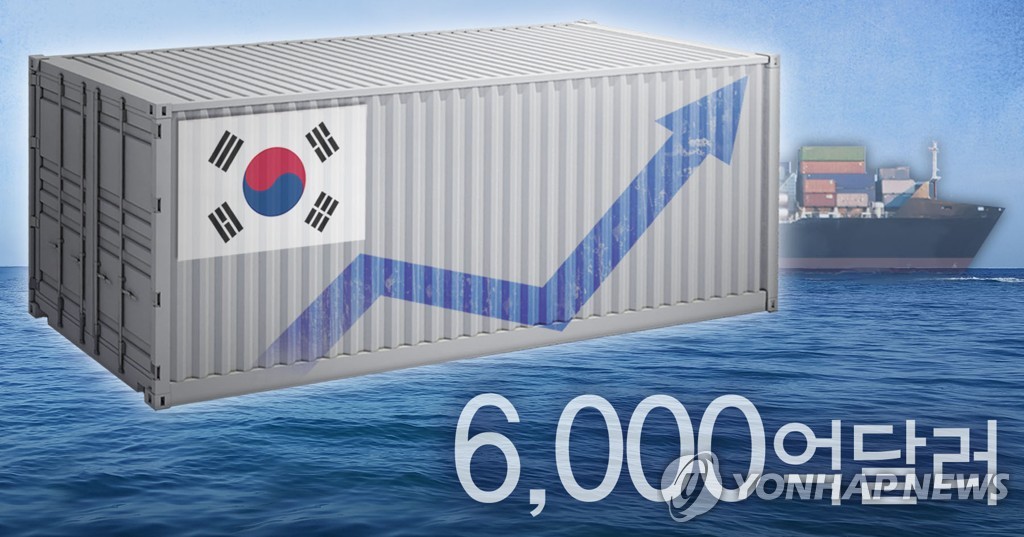