SEOUL, Dec. 7 (Yonhap) -- South Korea's defense ministry denied a news report Friday that the Marine Corps has opposed its push to set a no-fly zone along the maritime boundary with North Korea on concerns about the potential impact on its border operations.

In an unusually harsh tone, the ministry lambasted the front-page article by the South Korean daily, the Chosun Ilbo, as a "malicious report that distorts facts," saying the claim about the armed service's objections is untrue.

The daily reported, citing a government source in Seoul, that the marines have voiced opposition to the idea of expanding the no-fly zone along the land border to cover the Northern Limit Line (NLL), a de facto sea border, and the Han River estuary.

Their opposition stems from concerns that a no-fly zone over the NLL will inevitably restrict operations of their unmanned surveillance aircraft, Heron, and Cobra attack helicopters that they have deployed to counter threats largely from the North's coastal artillery, according to the report.

The ministry plans to discuss the no-fly zone issue with the North when the two Koreas launch a joint military committee tasked with enforcing their Sept. 19 military accord aimed at reducing border tensions and preventing accidental clashes.

Under the military accord, Seoul and Pyongyang have set up a no-fly zone along the Military Demarcation Line. But they have not agreed on any air buffer zone over the NLL and Han River estuary.

The extension to the NLL would be in line with the Koreas' summit agreement in April to transform the areas surrounding the NLL into a "maritime peace zone." The NLL has been a flashpoint as Pyongyang has disputed its legitimacy. 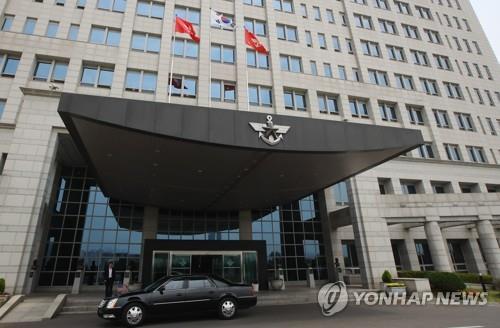