SEOUL, Dec. 7 (Yonhap) -- Major parties agreed Friday to postpone a scheduled plenary session for a few hours to vote on a revised bill on the government's 2019 budget as minor parties opposed a budget deal amid a row over electoral reform.

But the agreement did not include a commitment to electoral reform, a key sticking point in the budget negotiations, drawing condemnation from minor parties.

The minor opposition Bareunmirae Party (BP) and two other smaller parties sought to link the budget bill passage to the introduction of a new proportional representation system, a proposal rejected by the DP and the LKP.

A plenary session was scheduled for 4 p.m., but the two major parties asked the parliamentary speaker to delay it by three hours in an apparent bid to find a compromise with the minor parties.

The minor parties earlier threatened to boycott the session in which 200 other bills will be handled. Friday's session is the last one before the 100-day regular parliamentary session ends Sunday. 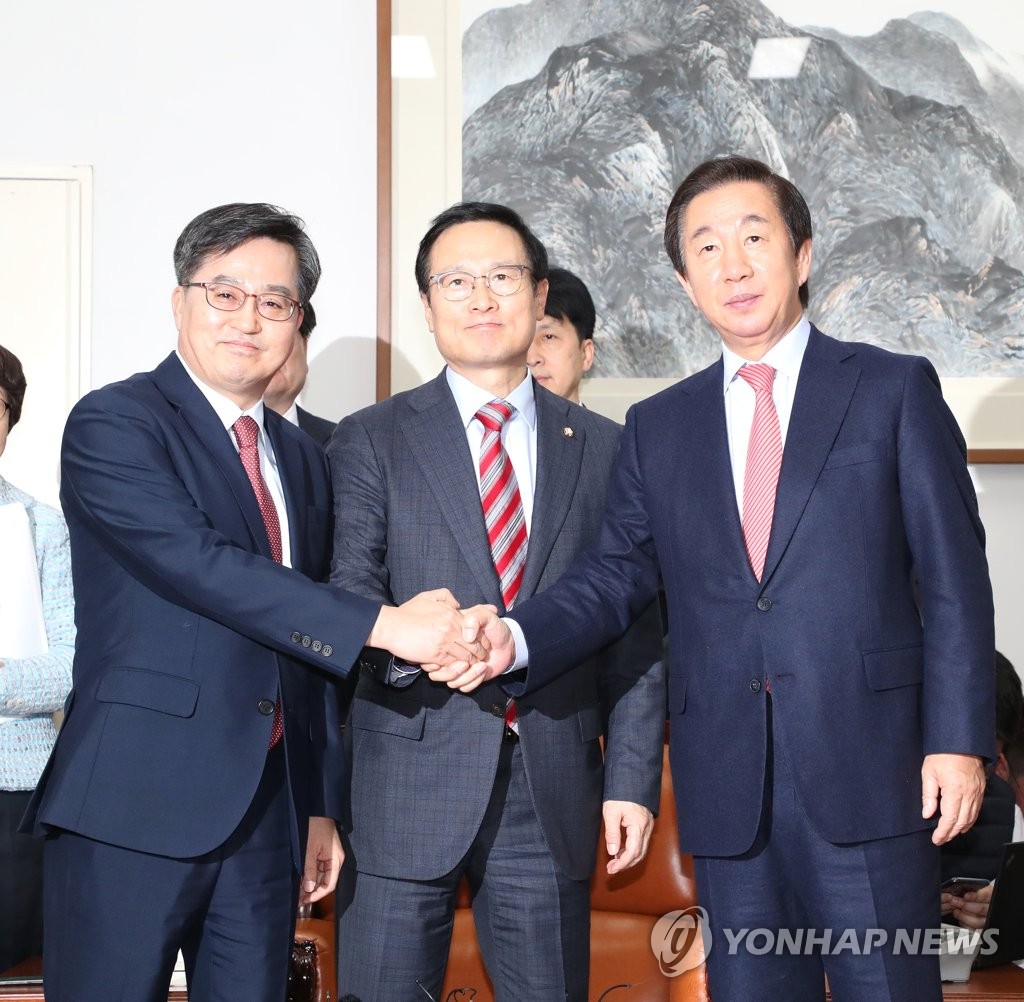 The smaller parties are pushing for the introduction of a mixed-member proportional (MMP) representation system in which parliamentary seats are tied to the percentage of voters' support for different parties.

They denounced the bigger rivals' agreement as political collusion to defend their vested interests.

The ruling DP and the LKP remain lukewarm toward accepting the MMP system, while minor players seek to increase their presence in the National Assembly, which is dominated by the two major parties, with the proposed scheme.

"The two parties' budget agreement means that the DP rejects the MMP system that will aim to improve the emperor-like presidential scheme and promote parliamentary democracy," Sohn said in a hastily arranged press conference.

The government said that it plans to repay debt in advance this year to fill the 4 trillion-won shortfall in tax revenue. For next year, state bond sales will be limited to 1.8 trillion won. 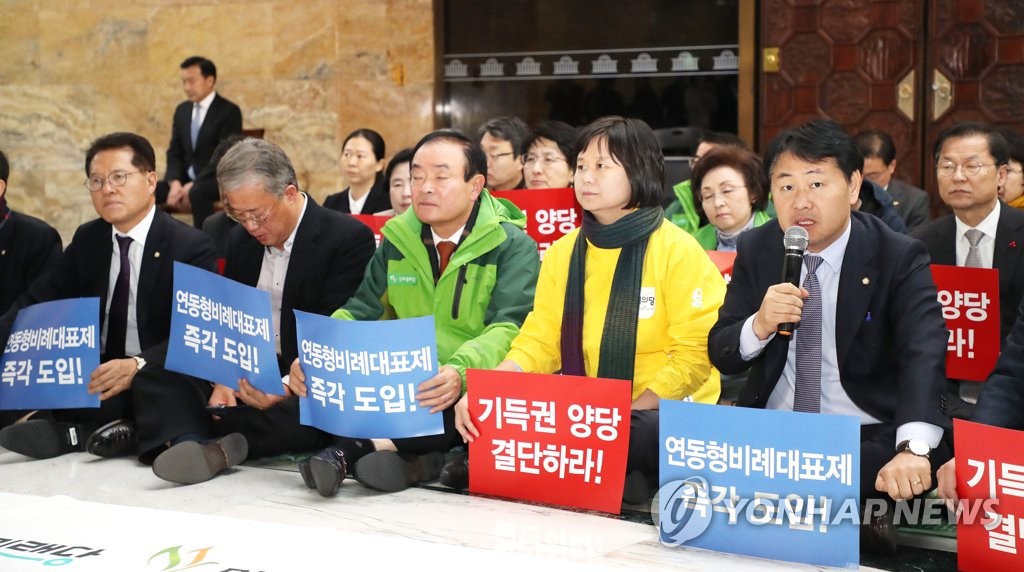