"We must not be complacent with what we have achieved so far. We must continue to overcome difficult conditions and further develop," the president said in a ceremony marking the country's Trade Day. The day was designated in 1964 when the country's exports reached over US$100 million for the first time in history.

The president noted the country's exports were expected to breach the $600 billion mark this year, jumping more than 6,000 times in just 54 years. 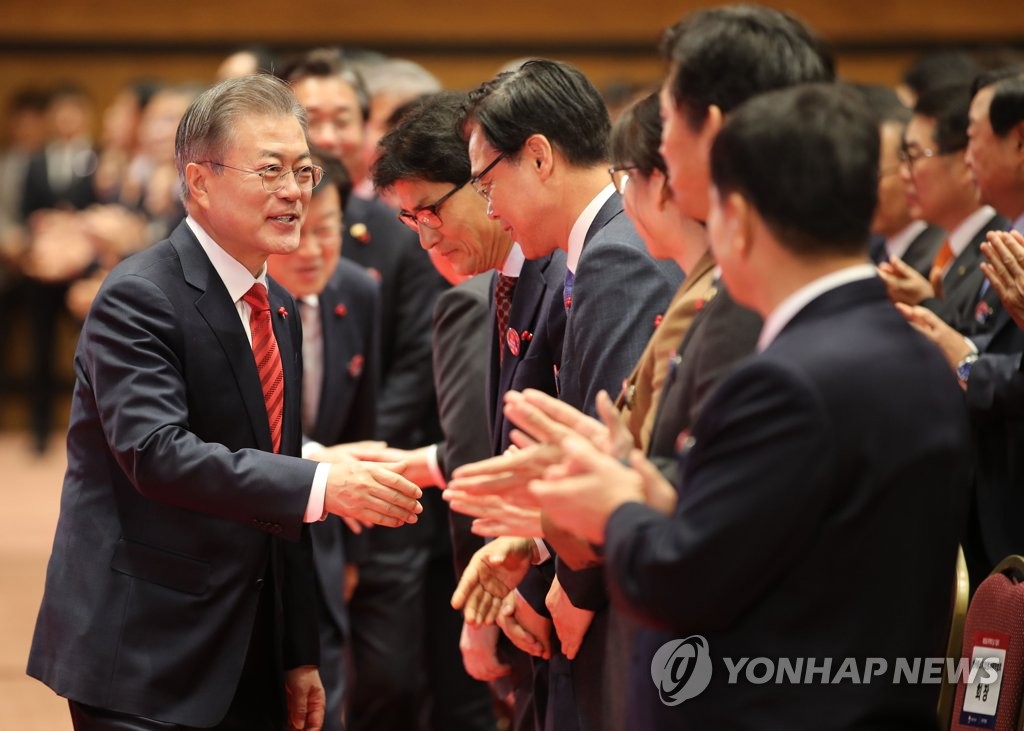 "It truly is an astonishing achievement that the Republic of Korea, which is the world's 27th largest in terms of population and 107th in terms of territory size, has become the world's sixth largest exporting country," he told the ceremony, adding the country's overall trade volume was expected to reach a record high of $1.1 trillion this year.

Moon insisted now is the time for the country to set a new goal.

"We must become an inclusive nation by developing exports, investment markets that mutually benefit countries. We must work again to reach an era of $1 trillion in exports," he said.

To this end, the president stressed the importance of developing new export items, as well as new overseas market for South Korean goods.

He also highlighted the need to develop new exporters.

"Especially, diversification of export items begins with the participation of more small and medium-sized businesses," the president said.

"The government will actively support so more small and medium-sized businesses will begin to export."

"The government will do its utmost so negotiations for the Regional Comprehensive Economic Partnership (RCEP) will be concluded before the end of next year," he said.

RCEP is a regional free trade agreement currently participated in by 15 other countries, including China and Japan.

"Free trade will be expanded in the market that includes all Southeast Asian countries and accounts of half of the global population and one third of global gross domestic product," Moon said.